THE MINNESOTA DNR IS REMINDING HOME OWNERS THAT SOONER RATHER LATER IS THE BEST PLAN FOR ANY BURNING THAT NEEDS TO BE DONE. ONCE AMPLE SNOW COVER IS GONE, FIRE DANGER INCREASES AND SPRING BURNING RESTRICTIONS WILL LIMIT PERMIT AVAILABILITY.

THE FIRST NIGHT OF A FIREARMS SAFETY CLASS IN ROSEAU IS TONIGHT. THEY WILL MEET ON MONDAY AND TUESDAY EVENINGS AT 6:30 FOR THREE CONSECUTIVE WEEKS AT THE ROSEAU CITY CENTER. REGISTRATION BEGINS AT 6:00.

RENOVATIONS OF THE HOTEL AT THE RED LAKE SEVEN CLANS CASINO LOCATION ARE COMPLETE. IT WAS A $1.7 MILLION PROJECT THAT RENOVATED ALL 40 GUEST ROOMS. THE HOTEL AND CASINO AND ARE ALSO NOW 100% SMOKE FREE.

DEREK AND TARA ELLENSON OF ROSEAU ARE ROSEAU COUNTY’S REPRESENTATIVES IN THE 2022 RED RIVER VALLEY EMERGING LEADERSHIP PROGRAM. THEY’LL BE HONORED AT A MARCH 26TH BANQUET.

FROM THE ASSOCIATED PRESS:
Minnesota lawmakers in both chambers have proposed $10 million in grants and recovery loans for livestock farmers and specialty crop producers impacted by the drought. But an additional $13.3 million proposal in the House for drought recovery on state-managed lands and local governments may be a potential snag that could delay the much-needed funds.

Federal prosecutors plan to appeal a ruling that overturned the death sentence for a Minnesota man convicted of kidnapping and killing a University of North Dakota student. A jury in 2006 convicted Alfonso Rodriguez Jr., of Crookston, Minnesota, in the killing of 22-year-old Dru Sjodin, of Pequot Lakes, Minnesota. The same jury sentenced Rodriguez to death in the first and only federal capital punishment case in North Dakota. Last year Erickson ordered a new sentencing phase for Rodriguez after ruling that Rodriguez’s constitutional rights were violated.

Teachers in Minneapolis and St. Paul public schools could strike as soon as Tuesday for higher wages, smaller class sizes and more mental health services. The twin walkouts could shut more than 60,000 students out of classes. 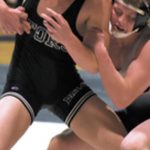 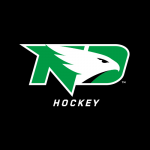