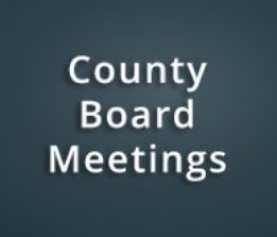 AT A PUBLIC HEARING ON APRIL 12, THE ROSEAU COUNTY BOARD APPROVED A 2022 REDISTRICTING PLAN. THAT PLAN SET THE DISTRICTS WHICH THE FIVE COUNTY COMMISSIONER’S WILL SERVE. ALL COMMISSIONER’S WILL CONTINUE TO SERVE FOUR YEAR TERMS. DISTRICT 1, 3, AND 5 WILL BE PART OF THE 2022 ELECTION CYCLE.

THE LIFECARE MEDICAL CENTER MAY WALK-RUN, TO BENEFIT DIABETES, RETURNS THIS YEAR AS A FULL IN-PERSON EVENT. IT IS SCHEDULED FOR MAY 7TH.

EAST GRAND FORKS APPROVED THE PURCHASE OF 64 ACRES OF LAND OFF OF REINHARDT DRIVE THAT WOULD BE SECURED FOR A CONNECTION BRIDGE TO BE BUILT TO GRAND FORKS AT 32ND AVENUE SOUTH. GRAND FORKS MAYOR BRANDON BOCHENSKI STILL PREFERS A SITE THAT WOULD CONNECT FURTHER SOUTH, CITING THAT THE 32ND AVENUE SITE WOULD ENTER INTO A NEIGHBORHOOD AND SCHOOL ZONES. THE PROJECT IS STILL NOT A CERTAINTY AND HAS NO BEGIN DATE, BUT BOTH SIDES AGREE ANOTHER BRIDGE IS NEEDED.

A FUNERAL SERVICE FOR BRIAN CLIFFORD OLSON WILL TAKE PLACE FRIDAY AFTERNOON (2 PM) AT HELGESON FUNERAL HOME IN WARRRAOD WITH VISITATION AN HOUR PRIOR. INTERMENT WILL BEHELD AT PONEMAH CEMETERY.

A FUNERAL SERVICE FOR GERALD D. LEVASSEUR OF BAUDETTE WILL BE HELD FRIDAY AFTERNOON (1 PM) AT FIRST LUTHERAN CHURCH IN BAUDETTE FOLLOWED BY A MEMORIAL GATHERING AND MEAL. GERALD WAS 80.

A MEMORIAL SERVICE FOR JEAN TURESON OF GREENBUSH WILL BE HELD FRIDAY (11 AM) AT BETHEL LUTHERAN CHURCH IN GREENBUSH. VISITATION WILL BE BOTH TOMORROW EVENING (5 PM) AT THE CHURCH WITH A 7:00 PRAYER SERVICE, AND ALSO ONE HOUR PRIOR TO FRIDAY’S SERVICE.

A MEMORIAL SERVICE FOR JOY INMAN WILL BE HELD SATURDAY (10 AM) AT THE BAPTIST CHURCH IN WARROAD WITH VISITATION ONE HOUR PRIOR.

THE WANNASKA LIONS CLUB ARE HOLDING A PANCAKE BREAKFAST AND RAFFLE AS A FUNDRAISER FOR DAN BERGSTROM. THAT IS THIS SUNDAY FROM 8:00-1:00 AT THE WANNASKA COMMUNITY CENTER.

THE ROSEAU COUNTY HISTORICAL SOCIETY WILL HOLD THEIR ANNUAL MEETING ON THURSDAY, APRIL 28. AN OPTIONAL MEAL BEGINS AT 5:00, MEETING AT 6:00, WITH A MUSICAL AND HISTORICAL PRESENTATION TO FOLLOW.

COMO ZOO’S OLDEST SEA LION, WHO HAS ENTERTAINED AND EDUCATED MILLIONS FROM 2002 TO 2015 AS THE STAR OF “THE SPARKY SHOW”, HAS DIED. SEALIA WAS 31 YEARS OLD AND WAS BORN AT THE COMO ZOO.

Authorities say five people were found dead inside a Duluth home after police received a report of a male experiencing a mental health crisis. The dead included the male reported to be in crisis, and authorities said they aren’t seeking any suspects in the case. Police are investigating. It is believed that all of the deceased were related, but the nature of the relationship was not released.

Authorities say a person was fatally shot early Wednesday during an encounter with law enforcement officers in Chisholm. The St. Louis County Sheriff’s Office says the person who died was wanted for a recent felony committed in Morrison County. Authorities say that sheriff’s deputies, state troopers and officers from Hibbing, Chisholm and Virginia were actively searching for a “known suspect” and vehicle in the Morrison County felony case. Contact was made with the person about 7:30 a.m. and “an officer involved shooting occurred.” The shooting is being investigated by the state Bureau of Criminal Apprehension.

Gov. Tim Walz has sharply criticized the Minnesota Legislature for failing to break its impasse over an unemployment insurance tax increase that businesses are already starting to pay. The Democratic governor blamed both the Senate Republican and House Democratic majorities on Wednesday. He says it’s “absolutely ridiculous” that they didn’t reach a deal back in January, and the May 23rd adjournment is coming up. Walz says he’ll propose a path forward in his State of the State speech Sunday. 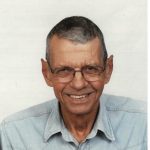