A FUNERAL SERVICE FOR CHARLES L. BERGSTROM OF WANNASKA WILL BE HELD ON MONDAY (11 AM ) AT RIVERSIDE LUTHERAN CHURCH IN WANNASKA. VISITATION WILL BE SUNDAY (5-7 PM) AT HELGSON FUNERAL HOME IN ROSEAU AND ALSO ONE HOUR PRIOR ON MONDAY. INTERMENT WILL TAKE PLACE AT OAK HILL CEMETERY IN WANNASKA. MILITARY HONORS PROVIDED BY THE ROSEAU MEMORIAL HONOR GUARD. CHARLES WAS 96.

A CELEBRATION OF THE LIFE OF ALLEN CLARENCE NIEMAN OF WARROAD WILL BE HELD TOMORROW (3-5 PM) AT LAKE TOWN HALL IN WARROAD. MILITARY HONORS WILL BE PROVIDED BY THE WARROAD AMERICAN LEGION AND VFW. ALLEN PASSED AWAY JUNE 16 AT THE AGE OF 75 AFTER BATTLING LUNG CANCER.

A DATE FOR FARMERS, BUSINESSES, AND HOMEOWNERS TO DISPOSE OF WASTE WEED KILLERS, HERBICIDES, INSECTICIDES, MICE AND RAT POISONS, FUNGICIDES AND OTHER IS JULY 7TH FROM 10 AM TO 1 PM AT NORTHERN RESOURCES COOPERATIVE IN ROSEAU. EACH PERSON COULD BRING UP TO 300 POUNDS OF WASTE, FREE OF CHARGE.

Wildlife managers say Minnesota’s gray wolf population is resilient and robust, and they’ve released a draft updated plan to keep it that way. The Department of Natural Resources on Thursday laid out a blueprint for the next 10 years to strengthen conservation and minimize conflicts between people and predators. It calls for maintaining a statewide population of 2,200 to 3,000 wolves. That’s in line with recent estimates of about 2,700 and around where it’s been since the late 1990s. The plan does not take a position on whether Minnesota should resume wolf hunting if they’re removed from federal protection.

Republican gubernatorial candidate Scott Jensen is calling for tax cuts and a clampdown on government spending and regulations to help Minnesotans cope with inflation. Though his plan was short on specifics on how he’d get there, Jensen told reporters Thursday his goal is to return around $4,000 to $5,000 for every family of four.

The U.S. Forest Service has issued a draft environmental assessment to lay the foundation for a proposed 20-year moratorium on copper-nickel mining upstream from the Boundary Waters Canoe Area Wilderness. Formally, the proposal would “withdraw” about 352 square miles within the Rainy River watershed in the Superior National Forest around Ely from new mineral leasing for 20 years. The plan threatens to doom the proposed Twin Metals mine near Birch Lake, which drains into a river that flows into the Boundary Waters. But it would not affect a separate project, the proposed PolyMet mine, which lies in a different watershed. 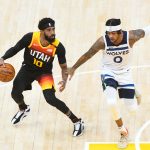