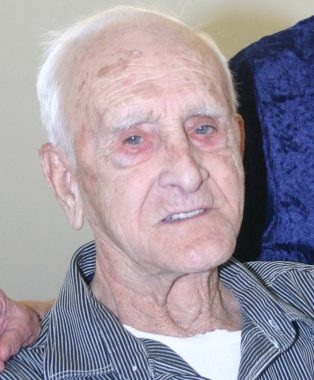 A Mass of Christian Burial for LeRoy W. Taus following MN St. Covid-19 guidelines with capacity limits, social distancing and face coverings, will be held on Monday, November 9, 2020 at 10:30 AM at Blessed Sacrament Catholic Church in Greenbush, MN. Visitation will be held on Sunday, November 8, 2020 at Blessed Sacrament Catholic Church in Greenbush from 5-7PM with a Rosery Service starting at 6:40 PM followed by a 7:00 PM prayer service. Visitation will also be held one hour prior to the service on Monday, Interment will take place at Saint Joseph Catholic Cemetery in Strathcona, MN.

He completed the eighth grade.

LeRoy was inducted in the army May 4th 1951 served in Korea as an MP reaching the rank of Police Sergeant.  Was transferred to USAR  reserve Camp Carson, Colorado on April 11 1953 .  During his service he received the Korean Service Medal and the United Nations Service Medal.  He received his Honorable Discharge on March 5, 1957.

LeRoy met Delores Kalinowski in 1953 and they were married on August 18, 1956 at the Blessed Sacrament Catholic Church in Greenbush. To this union they were blessed with four loving children, Veronica, LeRoy Jr., Pamela and Elizabeth. They celebrated their 60th wedding anniversary in 2016.

LeRoy worked at a young age doing farm work for Schumacher Farms in Drayton. ND. He also worked for Melvin Minski in the potato fields.  LeRoy worked construction for Herb Reese Construction of Greenbush along with several other construction companies.  He cut lumber in the NorthWest Angle with Eddie Hanson.  He also drove semi for Eddie.  He worked at Rosco as parts manager for many years.  LeRoy worked at the Badger and Greenbush Liquor Stores.  He worked for Polaris Industries. He also farmed grain and raised sheep, cattle, pigs, chickens, geese and turkeys during his lifetime.  He was a farmer at heart.  He enjoyed music, singing, dancing, playing cards and visiting with neighbors, riding his four wheeler checking cows.  Checking the progress the Gust boys were making either seeding or harvesting and catch rides in the combines when he could.  Was always willing to help friends and neighbors when they called.  LeRoy was an avid deer hunter and in later years enjoyed seeing the success of his grandsons and great grandsons getting their first deer. LeRoy spent the last ten months of his life living at LifeCare Greenbush Manor and passed away peacefully with is faithful and loving wife Delores and daughter Veronica by his side. The Family would like to express a special thank you to the loving and caring staff at the Greenbush Manor. Even though LeRoy is no longer with us, he will forever be in our hearts.

LeRoy was a member of the St. Joseph’s Catholic Church in Benwood.

LeRoy was a member of the VFW of Roseau.

He was preceded in death by his parents, brothers Victor, Herman, Raymond, and Wilfred and sisters MaryAnn, Anna, Sylvia, Clara, Gertrude, Elaine. 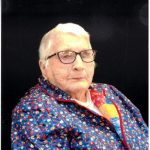 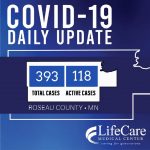