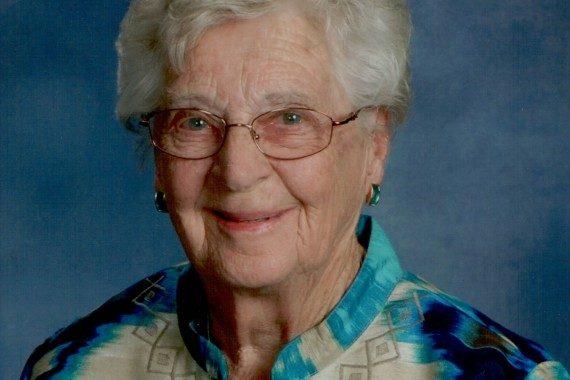 A visitation for LaMae R. Lundbohm will take place at Helgeson Funeral Home in Roseau on Monday, October 4th from 5:00-7:00 PM. On Tuesday, October 5th a service will be held at 10:00 AM at Messiah Lutheran Church in Roseau with Interment at Riverside Cemetery in Warroad. After the funeral a recording of the service will be posted on the Helgeson Funeral Home website.

LaMae Ruth Lundbohm passed away on September 29, 2021 at LifeCare Roseau Manor at the age of 98.

LaMae was born in Greenbush, MN on May 8, 1923, the daughter of Elmer and Olga (Paulson) Anderson. The family moved to Roseau, MN when LaMae was 2 years old. She went to school in Roseau, graduating from high school in 1942. After high school she attended the Minnesota School of Business in Minneapolis for a year.

While in Minneapolis she was employed by the Minneapolis – Moline Power Implement Company in Hopkins, MN until Her Family moved to Detroit, MI where she worked at the Bower Roller Bearing Company (a defense plant). In January 1944 LaMae enlisted in the US Coast Guard as a S.P.A.R.  which stands for: “Semper Paratus—Always Ready”. She attended boot training and yeoman school in West Palm Beach, FL. In July 1944 LaMae was assigned to Washington DC Coast Guard headquarters. She served there for the duration of the war and was discharged July 1946 as a Yeoman First Class.

Upon returning to Roseau she got a job as the office manager at the Budd Hospital. On April 19, 1947 LaMae married Jack A. Lundbohm. Jack owned and operated Lundbohm Rexall Drug with his father Vic. Jack passed away on October 22, 1983. They had five boys, James, Michael, Robert, William, and Jack. She was a member of Messiah Lutheran Church, the American Legion Auxiliary, Friends of the Library, the Roseau County Historical Society and Museum and the Four Seasons Senior Center. 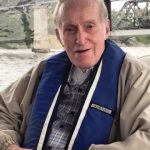