Lake, Local News, WiLD 102LAKE OF THE WOODS… THE EELPOUT (BURBOT) CAPITAL OF THE WORLD! 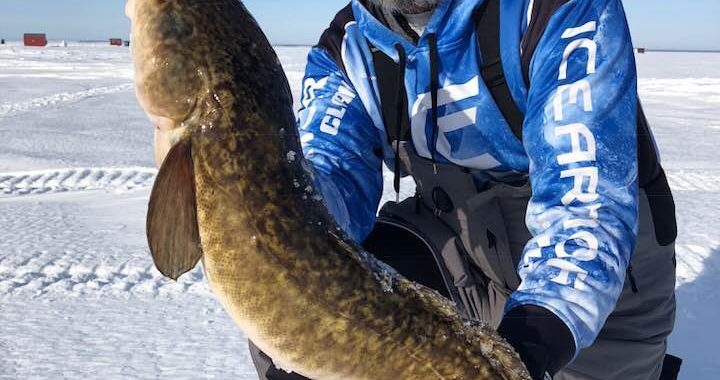 LAKE OF THE WOODS… THE EELPOUT (BURBOT) CAPITAL OF THE WORLD!

Lake of the Woods in Northern Minnesota offers an abundance of different species of fish to catch. Anglers have plenty of choices as to what kind of fish they wish to target, but as the Walleye Capital of the World, most are after that golden predator.  As a diverse fishery, often anglers may catch a species or two they were not planning for.  When ice fishing up at The Walleye Capital of the World and you set the hook on what seemingly feels at first like a trophy walleye, don’t be surprised if what appears in your fish hole is a big burbot!

The burbot or eelpout as some call them are loved by some and disliked by others. Some hope they catch a few and can’t wait to eat the firm white flesh many call “poor man’s lobster”.  Others cut their line to avoid having to touch the fish.  One thing is for sure, Lake of the Wood is a top eelpout fishery, whether you like them or not!  With the numbers of pout and size of pout, is Lake of the Woods also the “Eelpout Capital of the World”?

The eelpout or burbot’s scientific name is Lota Lota, which is French for “codfish.” The burbot is the only species of cod that lives entirely in fresh water. Its appearance has been described as “eel-like” or “a cross between an eel and a cod.” It sports one barbel on its chin as well as a barbel-like, tubular extension near each nostril. Burbot inhabit deep, cold lakes in Minnesota but are rarely spotted in the summer months due to their deep water habits and relative inactivity in the warm months.

Burbot spawn while there is still ice covering lakes. They can grow up to 30 inches long and on average weigh 2 pounds but can weigh up to 19 pounds (the current MN record caught on Lake of the Woods). Burbot can live as long as 15-20 years and are known to wrap their tail around an anglers arm when being unhooked. Burbot are opportunistic hunters and are considered the garbage gut of the lake.  They will essentially eat anything they can fit in their mouth.

Lake of the Woods not only has a strong population of eelpout, they grow big in these parts.  In fact, the majority of the Minnesota state record eelpout have been caught in Lake of the Woods.

Here’s a closer look at Minnesota’s state record eelpout since 1980: Do all of these record burbot make a case for Lake of the Woods as The Eelpout Capital of the World?

Delicious Fish!  Eelpout or burbot are freshwater cod and have earned a long-overdue respect not only for their strong fight, but their taste. Despite their size, eelpout don’t provide a very big filet.  The meat comes from both the backstraps and both sections of meat just in front of the tail of the fish.

Back in the day, burbot didn’t have a very good reputation.  In fact, many ice anglers would through them out on the ice for eagles and ravens to scavenge up.  Over the years, things have changed and the word is out burbot are delicious.

Cooking Burbot.  There are many ways to cook “poor man’s lobster”.  Some will cube the meat and boil it in Seven Up, Mountain Dew or simply salt water and dip it in melted butter.  As burbot is really cod, the meat is firm and it has a nice taste.  Others will broil or fry it which is good but doesn’t provide that unique taste and texture as boiling does. Most burbot are caught by walleye anglers.  Many a burbot have spoiled the big walleye fantasy of ice anglers.  Don’t be suprised when the fish will actually come topside tail first once in the ice hole.  They can really twist and turn, but can’t really wrap around your arm as some describe.

Typically late afternoon into the dark are the best times to target burbot. Your best lures will be rattle type baits with glow colors tipped with a minnow.  Burbot can barely see and sense their prey rather than see it.  Set your lure anywhere on bottom to 2-3 feet above bottom.

Anglers have come to understand the good eating these fish provide.  If you want a great fight through the ice and a great meal after, get hooked up with an eelpout and tell your friends you had a “bout with a pout”!  Come up and catch some pout on The Eelpout Capital of the World!? 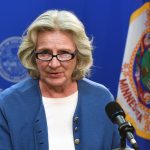 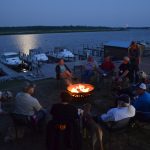 Next Story:
VETERANS EXPERIENCE HEALING NATURE OF LAKE OF THE WOODS