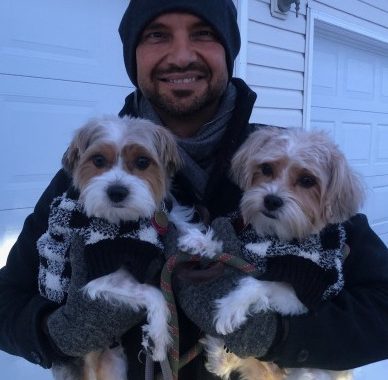 Kevin Lee Schumacher, age 50, was born September 12, 1971, in Bismarck, North Dakota, to Leo and Mary Jane (Feist) Schumacher. He grew up in Linton, North Dakota, alongside his two siblings, Allen and Joann. The three of them spent a lot of their time on our Feist family farm in Zeeland, North Dakota. Picture the three of them ripping around on a renovated lawn mower with turbo. Meanwhile, Kevin and Allen would chase Joann around with grasshoppers, garden snakes, and frogs. The epitome of what being a sibling means.

As Kevin grew up, his eye turned to Justine Janecek, who worked at the Linton Dario. The two of them fell in love and followed each other to college. Kevin attended the University of North Dakota from 1990 to 1995, where he was president for two consecutive terms at the Kappa Sigma Fraternity. He made some of his best friends there and the shenanigans they shared lived on through his stories. Kevin and Justine got married on July 15th, 1995. Within a year, Kevin’s greatest life goal was accomplished. He welcomed his first child, Casaundra on July 1st, 1996. It meant so much to him, to start a family. Dad even said growing up he would have loved to have been a priest, but that wouldn’t have allowed him to have a family. In May, he wrote a journal entry to Cassie, which said, “To my brown-eyed girl, no one has shown me a greater love than that of yours…” an ode to his fatherhood.

In the meantime, Cassie had four glorious years as a daddy’s girl until McKenna, his Dolly, appeared. Kevin and Justine welcomed their second daughter on January 12, 2001. As Cassie encompassed Dad’s soft-hearted qualities McKenna came in like a wild child and completely embodied Dad’s free spirit. The girls brought so much light into his life, and Justine, having grown up in a large family, wanted more children. Dad did too. Grand Forks was the place they called home after graduating from UND. In 1996, Kevin began working at Computer Land. He would travel to Roseau, Minnesota, weekly to provide information technology services to Lifecare Medical Center. He was hired by LifeCare in 2002 and Roseau became the perfect place to have a family, so they decided to put down roots and start expanding. After all, Kevin always wanted a boy. His wish was granted on May 21, 2003, with a mini Kevin who would be named Garon Lee. Kevin’s love for Elvis touched every part of his life, and Garon was named after Elvis Presley’s twin brother. He made sure his children knew the king of rock and roll with Dad performing nightly concerts while tucking them into bed.

Kevin loved growing up with his brother, Allen, all he wanted was for Garon to have the same experience; a partner in crime. Two years later Kolin Lee entered this world on November 3, 2004. Kolin and Garon quickly became Dad’s everything. They would frequently have “man weekends” and would drink “cowboy coffee” while ignoring all nutritional guidelines. His boys got to share his love for Star Wars, Porsches, and football and frequently roamed the halls of LifeCare on the weekends where Garon’s love for IT was sparked.

The family was not complete yet, until May 25, 2007, with the arrival of Calista, his Moochie girl. Calista and Dad shared the same love for music, frequently singing “Love Me Tender” to one another. Years later, they began writing their own songs as Calista grew older. Dad’s same love for the Feist farm was shared with his children. From gopher hunting, mudding, bonfires, fireworks, sunsets, Wishek sausage, and having the old red cross protect us every night as the sun went down. This quickly became our slice of Heaven and will become Kevin’s final resting place.

Kevin is preceded in death by his maternal and paternal grandparents and his older brother Leo.

Please join us in remembrance of Kevin Lee Schumacher, on June 9th at the Roseau Elementary School Gym (509 3rd St. NE) at 6:00 p.m. with visitation from 4:00 p.m. – 6:00 p.m. In celebration of his life, we ask that you wear color as Kevin was such a bright light in everyone’s life.

Burial Service will take place on Saturday, June 11th at 11:00 a.m., at St. John’s Cemetery in Zeeland, ND where Dad will lay to rest with his family. Following the service, we invite everyone to join us at St. Andrews Catholic Church, Zeeland ND, for lunch.

As we move forward with our lives, know that Kevin is walking with us. He is in each of his children, every hug and kiss goodbye, he’s the orange to any old fashioned, he’s in every dad joke and Elvis Presley song. He would want us to move forward with love and understanding since, “in the end, the love you take, is equal to the love you make…”. 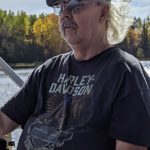 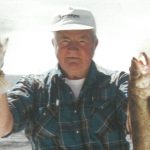