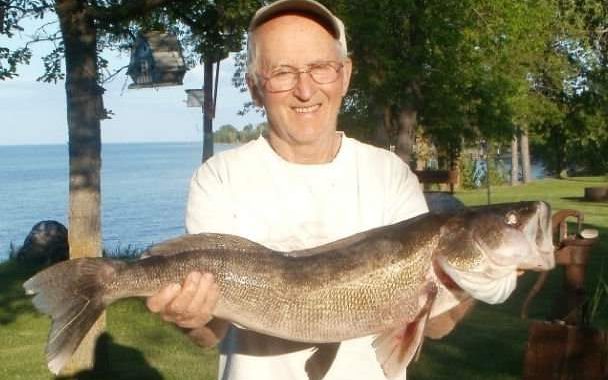 James (Jim) Richard Sorenson, age 90, passed away peacefully at his home on Lake of The Woods surrounded by his family on Saturday, July 4th, 2020. Jim was born on June 9th, 1930 at home on the farm, which was located in Prosper Township north of Williams, Minnesota. His parents were Percy and Edith (Stepp) Sorenson and were part of the original homesteaders that cleared the land creating a place to raise their families. Jim attended school in Williams, Minnesota and enjoyed playing sports, earning his letterman jacket in high school.  Jim met the love of his life Gwendolyn Olson from Clearbrook, Minnesota and married her on June 21st 1959 at Seljord Lutheran Church located near her farm in Clearbrook, Minnesota. Jim took over the family farm located north of Williams, Minnesota and after his marriage with Gwen had four sons while on the farm and then a wonderful daughter after moving to Fargo, North Dakota.

While on the farm, Jim trapped to provide some needed income and worked cutting pulp. He also took his turn watching for fires in the Prosper fire tower. Jim did some tree planting, and was a foreman for the youth corps game research crew for game management, which was part of the DNR. Jim also trapped some of the problem wolves out for the DNR. However, after losing so many sheep to the timber wolves and the Timber Wolf Protection Act, a decision was made to sell the farm and move to Boise, Idaho. Jim figured if he could shear sheep he could cut hair and decided to go to barber college becoming a Master Barber. In 1969 they moved to Fargo where he continued to barber until taking a position at Fairway Foods as a warehouse man, running a forklift most of the time, while encouraging those around him, sometimes with a little friendly joking around. Jim had said he missed the physical work of the farm and did work hard until retiring back up on Lake of The Woods in 1990 with his teamster pension (22 years). During his retirement years he enjoyed working in the woods, clearing lanes and building deer stands. Jim also was a prolific writer in our area and became well known for his poems, writing more than 50 of them.

Jim and Gwen enjoyed traveling to visit the relatives down south, which included Arkansas, Colorado and Texas in the winter time and also enjoyed traveling to Alaska. One of the best things though was entertaining at their home on Lake of The Woods. With five children of their own, came many grand children and great grand children making their home on the Lake a popular place. Jim always had a boat in the harbor or an ice house on the lake most of those years and cleaned more fish over those years than you can imagine, since he cleaned them for everyone. He enjoyed the work of gathering and burning wood, using that as his primary heat source. Until his stroke four years ago, he was still cutting firewood and splitting it with a mall, refusing to buy one of those hydraulic log splitters. Jim enjoyed cross country skiing with Gwen back on the hunting land, as he had created many roads and trails through the acreage. Jim was also a self taught piano player and enjoyed writing music to go with his some of his poems. He really enjoyed playing the piano and singing to us all.

A special thanks to the Medical Staff at CHI Lakewood Health located in Baudette, Minnesota. Special thanks also to Michelle Jerome, the caring RNA that helped take care of Jim at his home on Lake of the Woods. She gave Mom much needed relief and support. Also thank you to Helgeson Funeral Chapels and Cremation Services located in Roseau, MN for their assistance during this time of sorrow. Thanks also to the Berggrens & Karen at Long Point Resort for all their help and friendship over the years. Also a special thanks to all of our friends and family who have offered their love and support.

The Celebration of Life for Jim will be on July 25th at the Williams City Park in Williams, MN. There will be a light lunch at noon with music by Walt Story and words by John Johnson at 1:30 pm. 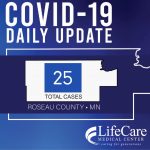 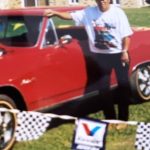