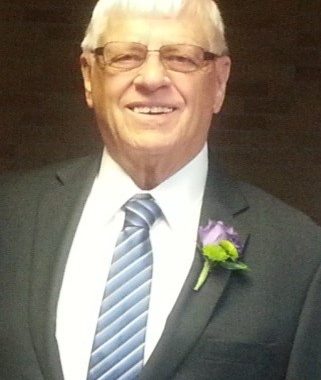 Funeral service will be Thursday December 31, 2020 at 10:30 am at the Free Lutheran Church of Roseau, Roseau, MN with Rev. Lyndon Korhonen officiating.  Burial will be at 1:30 PM in Rindal Cemetery, rural Viking, MN. Masks are required and practice social distancing.

Irvin Marquis Schmitke was born July 24, 1936 in rural Stephen, MN, the son of Carl and Alvina (Baier) Schmitke.  He was baptized and confirmed in the Christian faith, later he put his trust in Christ as his Saviour and Lord. He attended rural school for 8 years and Stephen High School for 3 years and then attended Newfolden High School, Newfolden, MN in his senior year and graduated in 1954.

He entered the United States Army, 11th Airborne Division in the fall of 1954 and served overseas for just under 2 years.  He received his honorable discharge in 1957.

On December 25, 1955, Irvin was united in marriage to Janice Hall at Rindal Lutheran Church (32 degrees below that night).  To this union were born three children: Gregory, Mark and Kristi.  After being discharged the couple lived in Biwabik, MN, where Irvin worked at Erie Mining Co. leaving there in 1958.   Irvin attended McConnell Airline School and was employed with Eastern Airlines at Midway Airport, Chicago, IL.  He was laid off due to a strike at Thanksgiving of that year and began working for North Central Airlines in January of 1959 in Thief River Falls. North Central became Republic Airlines in 1979. In 1983, the airline left Thief River Falls and Irvin transferred to Fargo, ND, where he worked until his retirement in 1993.  During his time in Fargo Republic and Northwest merged becoming Northwest Airlines.  Irvin and Janice moved back to Thief River Falls and Irvin was employed by the City as maintenance personal at the airport until April 30, 2009, when he retired.  Irvin worked more than 50 years in the area of aviation during his working career and Irvin also earned his commercial pilot’s license.

Irvin married Alice Lund on May 26, 2018 at Free Lutheran Church of Roseau.

Irvin was very active in life and his main concerns were for his family and for the work of his Lord Jesus Christ.  Matthew 11:28 Jesus said: “Come unto me all you that labor and are heavy laden and I will give you rest. Take my yoke upon you and learn of me, for I am meek and lowly in heart, and you shall find rest unto your souls.  For my yoke is easy and my burden is light.” 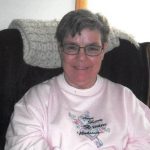 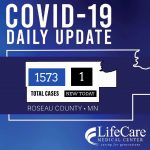