Howard “Chub” Hancock, 86, passed away on Sunday, December 20, 2020 at home surrounded by his family. Chub was born to Dorothy Overland on April 26, 1934 in Coleraine, Minnesota.  Chub was raised in Carp and attended the country school.  He attended a couple years at Baudette High School until leaving to pursue his dream of playing baseball. At a very young age, he left behind his highschool sweetheart, Marjorie Ann Epley to go live with his mother that had moved to Seattle, Washington. He attending baseball training with the Chicago Cubs, but after falling in love with the love of his life, Marjorie Ann Epley, he decided traveling with a ball team was not what he wanted to do at the time.  He did however, continue to play ball on other leagues until he was 59 years old.  He loaded his pet raccoon and drove the Alaska Highway to join his brothers.  There he worked for the Municipality of Anchorage as a heavy equipment operator.  To this day a handful of the roads he helped construct are utilized as main thoroughfares.  In 1954, he came back to Baudette and got his sweetheart, Marjorie and brought her to Alaska with him.  March 16, 1954 they were married in Anchorage, Alaska.  While living in Alaska, Nadine was born.  In 1955, they decided to move back to Minnesota and International Falls was where Chub found work with Coca-Cola Company driving trucks and logging for the papermill.  It was there, where Linda, Lee and Sandy were born.  In 1960, Chub and Marj brought the family back to Baudette to the old homestead and decided to start a farm. Chub also worked for Grund Construction building Highway 72,  worked for the County operating a road grader, logged and trapped to support his family.  And here is when Chub and Marj added Coleen and Terri to the family.  In 1968, they moved the family to the farm they currently reside and worked a dairy farm earning an “Outstanding Dairyman” award.  After retiring from the dairy, Chub operated a road grader for Erickson Lumber Company for many years.  Chub had a natural way with animals, especially horses and dogs. There were times he had a pet fox and raccoon.  During his farming years he was also called upon by neighbors to help with problemed animals.  Chub’s strength was a quality he shared.  Until he lost sight in one eye, Chub could in the black of dark with a small flashlight, shoot a raccoon between the eyes up in a tree.  His love and passion for animals, trapping, hunting, and being at home with Marj was his world. Chub had a knack for music and was able to play accordion, banjo and his harmonicas.  He would always fascinate little ones that stopped by to visit with a couple tunes on his harmonica.

A private visitation and service (due to Covid) for family will be held.  A short public Graveside Service will be Tuesday, December 29, 2020 2:00 at the  Elm Park Cemetery, Baudette, MN. 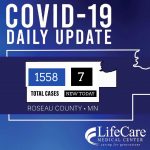 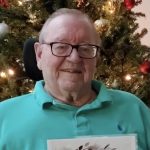