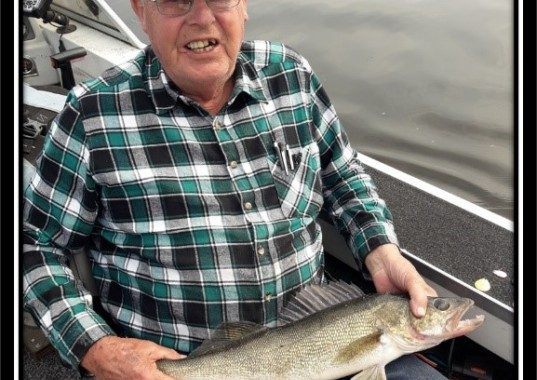 A celebration of life, following Covid Guidelines, for Herman Visser of Roosevelt, MN will be held at 11 AM, Wednesday, December 2nd  at the Warroad Baptist Church.  Visitation will be one hour prior and interment will be at the Silent City Cemetery in Roosevelt. Services will live streamed for those shut in or at a distance.

Herman Visser was born with his twin sister Hermena Visser – February 20, 1937.  He was one of 12 kids to Henry and Maggie Visser of Amsterdam Montana.   Herm entered heavens gates to the waiting arms of Jesus November 28, 2020.

Herman never met a stranger, he only met friends.

Herman married Marilyn Naomi Anderson August 8, 1959 in Seattle Washington.  During his time in Seattle he worked at Boeing.  A friend told him he would be a good funeral director, so Herman and Marilyn moved to Minneapolis MN where he attended the University of Minnesota graduating with a degree in Mortuary Science.

Herman then worked in Huron SD and then Whitefish MT.  He then worked as a pastor at the Rawlins Church of the Nazarene in Rawlins, WY.  After working there for a few years, he went back into funeral service working in Bellingham WA, Centralia WA, Colfax WA and then eventually purchasing Visser Funeral Home in Langley WA, where the family lived for about 20 years.

1995 Herman and Marilyn retired from the funeral home and moved to Roosevelt MN to be close to their kids and grandkids.  Herman worked for Marvin Windows in several different departments.  He was a caregiver to Mr. Bill Marvin and then worked part time at the Marvin Visitor Center until he completely retired.  He and Marilyn lived on their “Little Piece of Paradise” in Roosevelt until Marilyn’s death in 2003.

After retirement he married Patsy Loper of Saint Jo TX where they spent most of the winter months.  Pat and dad also spent a couple winters in Mississippi working at a second hand store mission.

Herman was an avid fisherman.  You could find him many days of the week in his little boat on Lake of the Woods.

Herm was involved in the Warroad Baptist Church enjoying the men’s bible studies and the Prime Timers Group.  You would often hear him quoting his favorite verse from Ps 118:24, “This is the day the Lord has made.  I will rejoice and be glad in it” This was more than just words to Herm, this is what he truly believed.  He lived his life, so others would see Jesus in him.

Herman was preceded in death by his parents, his wife of 44 years Marilyn Visser, his grandson Clint Quibodeaux, his twin sister Hermena, sister Bertha, brothers Ike, Bud and Al, sister in laws Sandy, Bernice, Gerry and Nel and brother-in-law Harry. 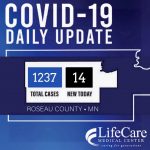 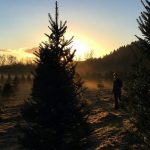 Next Story:
Have a safe and jolly Christmas tree experience