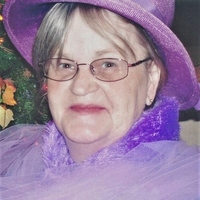 Helen Irene Beito, the daughter of the late Clyde and Ruth (Kleven) Golby, was born on Aug. 9, 1959, at Hallock, MN.  She attended school and graduated from Karlstad High School in 1977 and grew to womanhood at Karlstad. She was baptized and confirmed at Bethel Lutheran Church in Karlstad.  Helen resided by Holt, MN, and was employed as a para-professional for handicapped children in the Thief River Falls School Dist. for 13 years  She worked at Pioneer Village in Thief River Falls and at Agassiz Wildlife Refuge near Holt for a short time.  Helen was united in  marriage to David Beito on July 28, 1979, at Bethel Lutheran Church in Karlstad.  She was diagnosed with a brain tumor in 2001 and has been in failing health since.  Helen enjoyed her grandchildren, word puzzles, Bible studies and watching game shows on television.  In 2006, she moved to Oakwood Homes in Karlstad and since May of 2020 resided at the Karlstad Senior Living Center where she passed away on Friday afternoon, July 31, 2020, at the age of 60 years, 11 months and 21 days.  She is survived by her children: Matthew (Clare) Beito, of Middle River, MN;  Beth Tanner, of East Grand Forks, MN. and Heather ( Ryan) Beito,  Grand Forks, ND  7 grandchildren: George, Indaanis,  Josette, Ingozis, Waabi-Makwa, Evan and Emberleigh;  two sisters: Ann Voth, of Karlstad and Charlotte (Paul) Brodin, Grand Forks;  brother: Ronald (Diane) Kleven, of Grafton, ND;  sister-in-law: Linda Golby, Annandale, MN;  and aunt-Godmother: Ruby Peterson, of Lancaster, MN. in addition to several nieces, nephews and other relatives.

She was preceded in death by her parents, one brother: Roger Golby, one nephew: Alan Brodin, and brother-in-law: Wayne Voth.

Burial will be in Karlstad Cemetery.

As per CDC guidelines, social distancing and masks are encouraged. 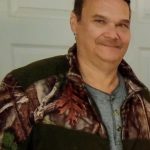