LAKE CRYSTAL, Minn. — The monthly USDA World Supply and Demand Estimates (WASDE) Report was released on November 10, which will likely impact corn and soybean markets in the coming months. The WASDE Report projected significantly lower 2020-21 U.S. corn and soybean carryover estimates at the end of the current marketing year on August 31, 2021, as compared to estimates earlier this year. Total usage levels for both corn and soybeans in 2020-21 are expected to increase above demand levels for the 2019-20 marketing year, while 2020 production levels were decreased from a month earlier.

The estimated 2020 national average corn yield is now estimated at 175.8 bushels per acre, which was lowered from 178.4 in October. The 2020 harvested corn acreage in the U.S. was maintained 82.5 million acres, resulting in a total estimated 2020 corn production of just over 14.5 billion bushels. This was a decline of 215 million bushels from the October estimate and compares to total U.S. corn production of just over 13.6 billion bushels in 2019. Total corn usage for the 2020-21 year is now estimated at just over 14.8 billion bushels, which would be a 6.7 percent increase in total corn demand levels compared to the 2019-20 marketing year. Corn export levels are expected to increase by 49 percent or 872 million bushels in the coming year, primarily due to added corn sales to China. Corn used for ethanol production was also projected to increase slightly.

Total U.S. soybean production for 2020 is estimated at 4.17 billion bushels on November 1, which was reduced by 98 million bushels from the October USDA estimate. Total soybean demand for 2020-21 is projected to increase by 14.2 percent from a year earlier, with soybean usage now estimated at just over 4.5 billion bushels for the coming year. The increase in U.S. soybean demand is primarily due to a significant increase of 31 percent or 524 million bushels in the expected soybean export levels in 2020-21. This is largely due to the likelihood of enhanced soybean sales to China. The expected large decrease in soybean ending stocks may offer some opportunities for increases in farm-level soybean prices in the coming months, especially if there are any weather-related production issues in South America. 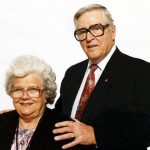 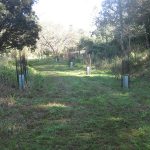