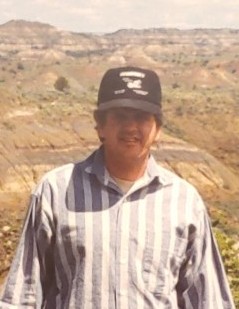 Gary Wayne Kompelien, 60, passed away on September 5, 2021, in Roseau, MN.  He was born on March 24, 1961, in Roseau to Melvin and Marie (Gross) Kompelien.  Gary grew up on the family farm southeast of Roseau and was the third of five children.  As a child, he learned his auto, small engine, and farm equipment mechanics from Melvin, and spent his spare time working on and riding his go-cart.  Throughout high school, you could often see him cruising the streets in his candy-apple red 1967 Ford Galaxie 500, listening to what we now call “classic rock.”

Gary was always interested in farming.  He worked with his father, Melvin, and brother, Sheldon, his whole life on the family farm, growing grains and hay. In junior high, he started raising sheep; he continued to raise sheep for more than 25 years.  Graduating from Roseau High School in 1979, he went to work for Northrup King.  After Northrup King changed ownership, Gary changed direction from seed cleaning to seed harvesting. He spent more than 20 years custom combining for Greg Grahn.  Gary’s mechanical skills kept his combine in prime working order, with many farmers requesting his services.  There was nothing Gary enjoyed more at the end of the harvest day than shooting the breeze with the other farmers. The camaraderie often spilled over into the winter months, to the basement of Ammey’s Lanes for a friendly game of pinochle.

Gary enjoyed snowmobiling in his younger years, often spending more time repairing than riding.  But he eventually would take long day trips to the Northwest Angle or Fourtown with friends, cousins, brothers-in-law, and Sheldon.  As he got older, his trips were shorter—often with his nieces and nephews going up to “Kenny’s Camp.”  Gary never married or had children of his own, but he took the time with his 10 nieces and nephews to teach them how to farm, to fix their own snowmobiles and cars, and to play cards.  During school breaks, he helped babysit, and he never missed a school activity for those that lived nearby.  His patience and humor easily made him not only a favorite uncle, but also a second Dad.

Gary is survived by his mother, Marie; brother, Sheldon (Tanya) Kompelien of Badger; and his sisters, Sharon (Jay) de Halas of Colorado Springs, Colorado; Janalee Brandt of West Fargo, North Dakota; and Melanie (Roger) Niday of Becker, Minnesota.  He is also survived by his nieces and nephews Amber, Lisa, Andrew, Olivia, Kassandra, Ethan, Tim (TJ), Megan, Laura, and Logan, as well as his great nephew Asher and great niece Carly. He will be greatly missed.

Gary was preceded in death by his father, Melvin, and a niece Chelsea.