Fred grew up in Warroad, MN, working with his family on his parent’s farm.  As a youngster, his father, Andy, taught him everything about the outdoors, hunting, finding the “big buck” and that there was no other choice than a Ford.  These very learnings were passed down to his children as well.  Fred began trucking as a young adult, meeting his wife, Lori, of 44 years in Fargo, ND.  They started their family in Moorhead, Mn and quickly realized that living in his hometown was what they desired most.  While continuing trucking, Fred started a sporting goods store and several other small businesses in Warroad, Mn.  In 2006, Fred and Lori made their dreams of living in Colorado come true, building their beautiful log home in the southern Colorado Mountains.  Fred was an Aflac agent, having mentored several and creating many close relationships.

Fred was an avid outdoorsman who had a passion for elk hunting and enjoyed nature to the fullest.  He was just starting to slow down and truly enjoy living life.  He loved sitting on the porch each morning while calling the wild turkeys in and watching the elk and mule deer come through the front yard.  Fred and Lori spent so much time enjoying one another’s company, laughing, dreaming, and connecting with their children and grandchildren.  He also enjoyed spending time in Warroad, Mn during the summer with family, fishing on Lake of the Woods and grilling with his “secret seasoning” recipe.  During his final years, his love for his family came through stronger than ever and spending time with them created his favorite moments.  Fred would do anything for his family, they were his everything.  These memories will last forever and be shared with generations to come.

He was preceded in death by his parents, Andy and Addie Streiff and infant brother, William Streiff.

Per Fred’s wishes, he will spend eternity among the Colorado mountains, and so his ashes will be spread at a later date with no service held.  Those wishing to share their condolences may send cards to Lori Streiff, 33000 Vista West Drive, Trinidad, CO 81082. 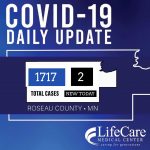 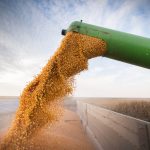