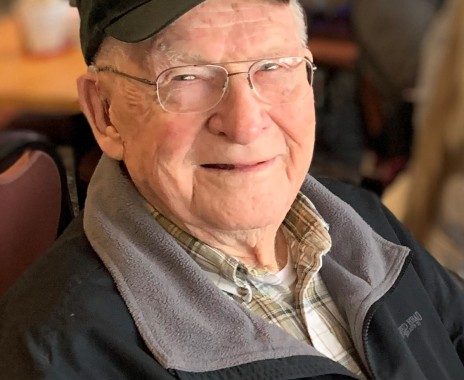 Memorial services will be held Saturday, June 26, 2021 at 3:00 PM at Helgeson Funeral Home in Roseau.

Francis Grahn, 97, of Roseau, Minnesota, peacefully passed away in his sleep on Monday, December 14, 2020.

Francis J. Grahn was born on July 16, 1923, in Spruce Township of Roseau County, Minnesota.  His parents were Swedish immigrant farmers named Frans and Alfhilda (Mellstrom) Grahn.  Francis was their only son.  He had eight sisters, all of whom he loved dearly.  In Swedish, Grahn (or “gran”) means spruce tree.  Francis attended school in Spruce Township and was confirmed in the Swedish Lutheran Church, in Roseau, Minnesota.

His family lost their farm during the Great Depression, but they rented it until they were able to buy it back years later.  Francis started working on the farm when he was five.  His parents would wake him up early to milk the cows.  Francis remembered being so tired that he would fall asleep while milking them.  At age 13, Francis had to quit school to run the family farm while his parents worked out of state.  He commercial fished in Florida during the winters for 12 years.  At age 16, and alone on the ocean, Francis drove his flat bottom boat with a Model A engine from Naples to Key West.  Francis worked in the shipyards in Portland as a welder when he was 18 years old.

In 1945, Francis was drafted into the Army.  He was stationed at Fort Snelling, and later was stationed at Camp Lee in Virginia.  When Francis was stationed at Camp Lee, his future wife, Aileen Johnston, came to visit him.  On September 23, 1946, Francis Grahn and Aileen Johnston married in the historic Bruton Parish church in Williamsburg, Virginia.  The married couple lived in Hopewell, Virginia, until Francis was discharged from the Army.  They then returned home to Roseau, where they farmed and raised their children on their farmstead southeast of Roseau.  Francis also worked at Boeing in Seattle for three years, where he was in charge of building the nose cones of the first two B-52 bombers.  For four years, Francis owned a four-state Sno Jet distributorship.  Francis also was an assessor in multiple townships for 35 years.  Francis and Aileen were active members of the United Methodist Church for many years.

Francis was a kind, generous and good-natured man with a boyish grin.  He had a voracious appetite for life.  He lived in the present with an energy found in much younger men.  When he went for walks, he would break into a jog.  He loved to be around people.  Francis also loved to watch the Roseau Rams’ hockey teams.  He and his family made several trips to watch the Rams play in state hockey tournaments.  Francis was recently honored by the American Legion for 75 years of continuous membership.  Francis was a supportive and stable presence in the lives of his family and friends.  Although he will live on in our cherished memories, Francis Grahn will be missed deeply.  Family and friends who knew him were blessed to have him in their lives. 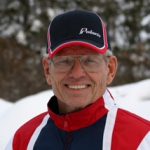