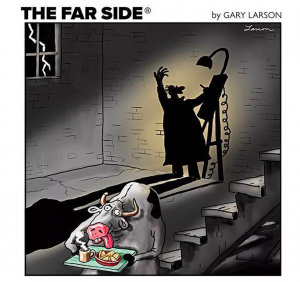 If there was ever a time the world needed satirical comic The Far Side, it would be 2020. As the coronavirus pandemic dominates headlines, we could all use cartoonist Gary Larson’s oddball humor.

Larson, who retired the daily syndication of the cartoon in 1995, on Tuesday added new comics to the New Stuff section on his official The Far Side website.

The full-color digital art panel (shown above) is of a Frankenstein-esque cow monster bringing a tray with snacks and a hot drink to a mad scientist excitedly sketching on a large notepad. The scientist can only be seen by his shadow on the brick wall.

The art doesn’t have a caption, which means fans will have to come up with their own interpretation of the sci-fi horror scene.

Other new comic strips from Larson posted Tuesday include a man hailing a taxidermist instead of a taxi cab; aliens hiding behind some bushes next to a remote road discussing their “probe and release” technique in abducting humans; and a group of bears eating human Cub Scouts at a picnic table in the forest.

Anyone who read the newspaper funny pages from 1980-1995 will likely remember Larson’s witty, single-panel Far Side comic. Larson’s signature humor depicts the ludicrous sides of humanity, as well as the secret lives of animals — often cows.

Larson wrote on his website Tuesday that he’s enjoying retirement but he’s trying new things and drawing digitally for fun.

“So a few years ago — finally fed up with my once-loyal but now reliably traitorous pen — I decided to try a digital tablet,” Larson wrote. “I knew nothing about these devices but hoped it would just get me through my annual Christmas card ordeal. I got one, fired it up, and lo and behold, something totally unexpected happened: Within moments, I was having fun drawing again. I was stunned at all the tools the thing offered, all the creative potential it contained. I simply had no idea how far these things had evolved.”

Larson will continue to surprise fans by periodically featuring new artwork on the website, according to a statement.

“I don’t want to mislead anyone here,” Larson wrote. “This corner of the website — New Stuff — is not a resurrection of The Far Side daily cartoons. The New Stuff that you’ll see here is the result of my journey into the world of digital art. I’m just exploring, experimenting and trying stuff.” 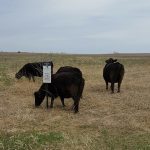 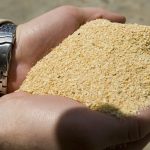