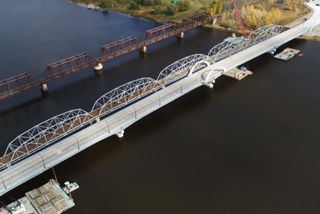 It’s Exciting!  The new International Bridge joining Canada and the United States at Baudette, MN has been completed. This bridge has been a cooperative effort with the Ontario Ministry of transportation and MnDot in the construction replacement of the Baudette/RainyRiver International Bridge on Hwy 72 in the City of Baudette, MN and Hwy 11 in the town of Rainy River, Ontario, Canada. This bridge joins the two communities and the two countries.

Over a year ago, it was determined to build a new bridge across the Rainy River. The “old” bridge was constructed in the ‘60’s and has been a beautiful structure adorning the landscape. There is also a railroad bridge there that was recently redone that is owned by the Canadian Railroad. The reason these bridges are so beneficial to the area is that Lake of the Woods, the lake, is a vast body of water. Lake of the Woods is an international lake with waters belonging to both governments. If it were not for the bridge, travelers, truckers and the railroad would have to travel north and west around the top of Lake of the Woods to have access to the province of Manitoba. Bridge travel makes this province and the cities in it, as well as the Northwest Angle of Lake of the Woods County more accessible.

The new International Bridge in Baudette/Rainy River is now complete and open to restricted travel until the border officially opens again. MnDot will host a virtual celebration on October 28th from 4-6 pm with a future, in person ribbon cutting ceremony tentatively schedule for fall 2021. The purpose of this event is to celebrate the completion of the new International Bridge Project. This virtual event agenda includes a 10 minute video of the project as well as representative from MTO, MnDot, Stantec, Parsons and Luna Construction. The meeting will include introductions, bridge video and “key players” from the project will speak. The public  is encouraged to participate in the discussion by posting questions or comments into a chat box. The Demolition of the old bridge is expected to take 3-4 months, beginning in October, weather permitting. Due to winter shut-down and stream bed restrictions, the removal of the old bridge will continue into summer of 2021. Work to be completed summer of 2021 includes: removal o underwater structures, paint girders, remove dock wall, and turf establishment.

Everyone on both the Canadian side of the border and the US side are excited for this new addition. We are also looking forward to the full re-opening of the international border. Years ago a phrase was coined stating we were reaching, “Hands Across the Border” which is a concession of attitudes that enjoy the great privilege of living so close to two countries. 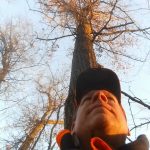 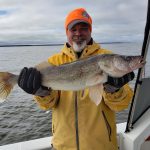