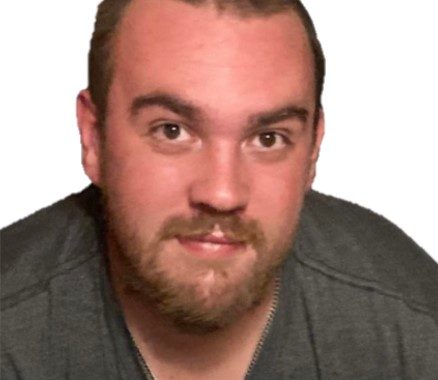 Emerson Bentley Michal, age 28, died at home on February 26, 2021, surrounded by his family. Born on November 17, 1992, he was the son of Kelly E. Michal and Thomas H. Bentley, both surviving. Emerson is also survived by his loving fiancé of ten years, Michelle Liley; his three loving siblings Isabella C. Michal (20), Genevieve S. Michal (15), and Augustus E. Michal (12); and his grandmother Genevieve R. Michal. He was preceded in death by his grandfather Clinton E. Michal.

Emerson was a longtime resident of Roseau, Minnesota, graduating with the Class of 2011 from Roseau High School. Here he participated in Football, Wrestling, Choir, and Track and Field, while also working at the Cenex C-Store. Emerson enjoyed playing and composing music on the piano and shared his talent by participating in 4-H shows at the local and state fairs. He performed to gratify his mother, because he was humble and did not like being on stage. He later worked at Polaris Industries and then Lifecare Medical Center. From Roseau, he moved to Moorhead, Minnesota and enjoyed working at American Crystal Sugar Company. In July of 2018, Emerson left his stable job, and moved to North Port, Florida, to help his family.  Emerson was always in service to those in need.  He was awarded Eagle Scout and the BSA Medal of Merit. Embodying all the Scout values, Emerson was trustworthy, loyal, helpful, friendly, courteous, kind, obedient, cheerful, thrifty, brave, clean, and reverent.

In October of 2018, Emerson was diagnosed with a rare cancer that he faced with unbelievable grace and strength. Although he could not work due to rigorous treatment schedules, he never lay idle. He challenged himself by studying computer science, electronics, and mathematics. Emerson was a walking encyclopedia, and friends and family were always seeking him out for his knowledge and guidance.  Emerson never complained, and up to his last day of life, he shared his quick wit and made others laugh. His friend said it best: “…the whole world is going to be much darker without him, but he wouldn’t ever want to burden anyone with that trouble.”

The family invites you to join in mourning the loss, and celebrating the life, of Emerson Michal. The visitation will be from 11:00 AM – 1:00 PM on Friday, March 12th, 2021 at Helgeson Funeral Home in Roseau. The funeral service will follow at 1:00 PM on March 12th, also at Helgeson Funeral Home. Pastors Brett Jorgensen and Jay Ostgaard will be officiating. Burial will follow at the Spruce Cemetery.