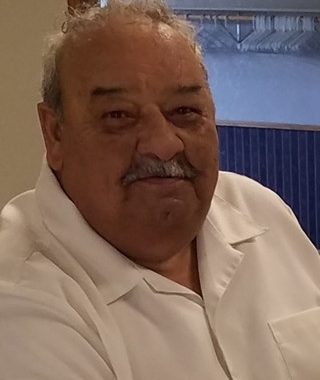 Elmer Ortmann, Warroad, Minnesota, passed away Friday, June 10, 2022, at his home in rural Warroad. He was 83 years old.

Elmer was born December 3, 1938, in Warroad, to Pastor Arthur and Tena Ortmann who had moved here a few weeks earlier to serve as the first pastor of the Woodland Mennonite Church. Elmer attended the Swift School and later, Warroad High School. He spent his youth working on their farm, skating, hunting, fishing, and playing hockey.

Elmer enlisted in the US Army in the late 1950’s. Returning to Warroad, he met Evelyn Giesbrecht, the daughter of Woodland’s new pastor and after several months of dating, they married on July 15, 1960. They moved to the Cities for a short time until he asked to return to Warroad and work as a fishing guide. They packed, drove back up to find the job taken, so he hired on at Linder’s Mink Ranch.

Elmer began working at Marvin Window in 1967, serving as Lead/Supervisor in the North End, Casemaster, and the Truck Garage. The years before retiring were spent at Christian Brothers.

Elmer grew up with two brothers and life was certainly different having three daughters. On one hand, he seemed to be a strict “Archie Bunker”, but when special occasions rolled around, he showed a softer side, always buying each of us a special gift and Mom beautiful crystal.

Dad was a lifelong learner. He studied at a PI school in Los Angeles, took an auxiliary police course in Roseau, studied hard for his GED and received a Bible Studies diploma through Liberty Bible Institute. He and Evelyn challenged each other during Jeopardy and Wheel of Fortune, and he had a passion for current events and politics until the day he died.

In 1986, he suffered his first heart attack, and we were blessed to have him around for another 36 years. He got to see his 3 daughters marry, finally giving him 3 “sons”, celebrate the births of 11 grandchildren and enjoy 34 great-grandchildren.

During his retirement he did amazing woodworking projects, took up bale gardening, watched daily for his favorite wildlife to make their appearance in the backyard, and during Covid worked on perfecting Farmer’s Sausage like he usually bought in Steinbach. He was a lifelong member of Woodland Bible Church and from his favorite chair back by the library, loved shaking hands with everyone, from the youngest child afraid of his big hands to the latecomers, looking for a seat.

Elmer lived and died on 80 acres of land he grew up on, just a normal day, going out to mow his lawn. 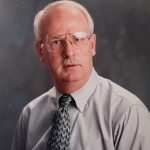 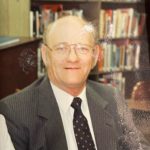