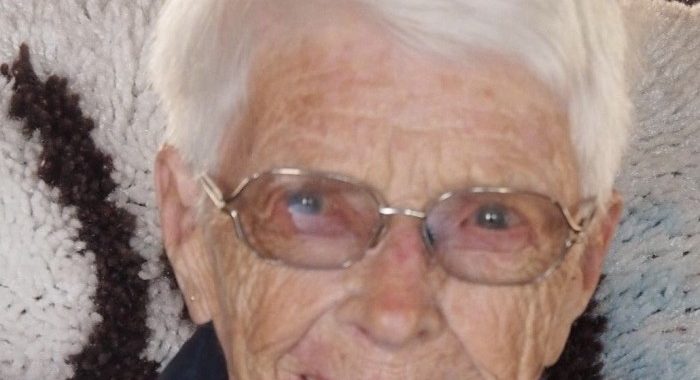 Eleanor Elizabeth Wilson of Baudette, MN, passed away peacefully Sunday, July 19, 2020 at Lakewood Health Center in Baudette at the age of 97.

Eleanor was born in Clementson, MN on June 23, 1923 to Nils and Ragna (Robertson) Lauritson. She attended elementary school at Williams Township School and high school at Indus High School in Indus, MN. On May 10, 1945, she was married to John L. Wilson. They made their home near Border on the farm where John was raised. It was there that they had three children, Eileen, Larry and Karen. Eleanor loved people and worked out in the public. She was employed at the Rex Cafe, Tom’s Cafe, the Snack Bar and NCO Club at the Air Force base, the nursing home in Baudette, and at Trinity Hospital in Baudette. She was named Employee of the Year at both the NCO Club and Trinity Hospital. She was a lifetime member of Clementson Lutheran Church where she held the position of church treasurer. After retiring, she led a quiet but happy life. She enjoyed gardening, quilting, sewing, baking, watching the Minnesota Twins, hockey, playing Yatzee and spending time with family. She was a gracious, strong, kind lady who was ready to help anyone in need. She was a strong christian who loved the Lord. She loved her family and life in general. Eleanor always followed her father’s motto, “Never say a bad word about anyone”. 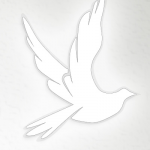 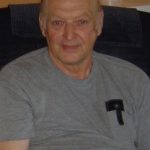