Pheasant numbers are booming compared to last year and hunters can expect to see more birds when the season opens on Saturday, Oct. 10.

“The weather this spring and summer was favorable for pheasants and enabled more hens to raise chicks, which drove the increase,” said Tim Lyons, DNR upland game research scientist. “We didn’t get hit by spring snow storms or heavy rainfalls like in 2019 and that really is what let hens nest earlier and be successful.”

Though the spring was cooler than average, rainfall was at or below average across much of the state.

“Successful nests earlier in the breeding season also means that chicks will be in better shape going into the fall and winter, which can improve their odds of survival,” Lyons said. The peak pheasant hatch was approximately four days earlier than average this year.

Hunters can expect great opportunities to see birds in the southwest and very good hunting prospects in the west-central, central, and south-central regions, which all reported more than 50 birds per 100 miles.

The offering of a general sign-up in 2019 resulted in a net increase of approximately 10,000 acres in the CRP program. Additional habitat acres were temporarily protected through other federal and state set-aside programs. Other habitat was permanently protected through state easements, U.S. Fish and Wildlife Service acquisitions, and by the DNR as wildlife management areas. Many publicly owned lands are open to hunting, as well as private lands enrolled in the state’s Walk-in-Access program.

Hunters can use the DNR’s online mapping tools to find wildlife management areas at mndnr.gov/wmas, and the DNR Recreation Compass to help locate state hunting grounds and private lands enrolled in the Walk-In Access program.

How DNR conducts the survey
Monitoring pheasant population trends is part of the DNR’s annual August roadside wildlife survey, which began in 1955. Wildlife managers and conservation officers in the farmland regions conduct the survey during the first half of August. This year’s survey consisted of 169 25-mile-long routes, with 153 routes located in the pheasant range. 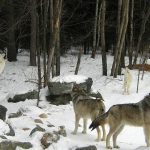