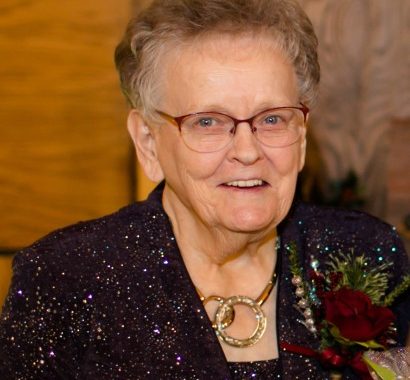 Donna Y. Anderson, the daughter of Walter and Dorothy (Hetland) Bergeson, was born on June 16, 1934 in Clearbrook, Minnesota. She grew up on the family farm and was number four in a family of eight kids. Donna attended a country school in the Clearbrook area until 8th grade. She then left home to attend the Crookston AC and got her high school diploma. She met and married Meryl Faken, a city engineer, of Grand Forks, ND in 1952. They resided in Grand Forks, and together they had David, Marilynn, and an infant son who passed away at birth. Meryl passed away in April of 1960. Following his death, Donna and kids moved to California to stay with family for a year. She attended IBM school in Sacramento, CA. Donna then moved back to Fargo, ND and this is where she met Edsel Anderson who was coming down for Fargo Air Guard on weekends. They were married in November of 1963 in Greenbush, MN and moved onto the family farm to begin their farming career. In the early years, they milked cows and raised small grains. Lynell was born in 1967, and a few years later they bought Edsel’s grandparent’s farm. Donna and Edsel began raising beef cows, as Dave took over the dairy, and Donna was an active part of the farm. She worked in the fields alongside Edsel and Dave – driving tractor, hauling grain, running errands, They farmed with their son David until he passed away. In 2009, Edsel and Donna moved to a house in Greenbush and a few years later, Edsel passed away, July of 2013 just a few months short of their 50th wedding anniversary.

Donna loved the farm life and helped with whatever was needed, except plowing, that she would not do! She was an outdoor person who loved her flowers and yard work; her flower beds were her pride and joy. When the winter months set in, she transitioned from gardening to quilting and made many quilts for others. Music was a big part of her life. She played piano and electric/acoustic guitar. She and Edsel sang together, and often got together with family and friends to play their instruments and have a good time. In their later years, they began traveling south for the winters and enjoyed their time on the road as well as visiting family and friends.

Donna was always active in her church as that was very important to her. She served as a Sunday school superintendent/teacher, led music and Bible studies, played piano for church or music groups, taught release time for many years and was involved in WMF including quilting. She just wanted to serve her Lord and Savior in any way she could. She loved studying her Bible and was always happy to share it with everyone. She was very thankful for her Christian heritage and wanted everyone to know Jesus Christ as their Savior. Donna trusted in God through the rough times and praised Him for every day. She always would say, “I’m in God’s hands.” 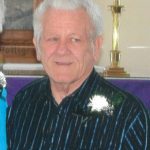 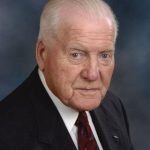