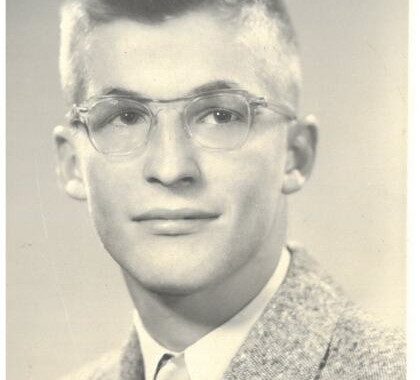 Donald Knute Grahn was born in Roseau, MN on May 6, 1935 to Lydia (Danielson) and Knute Grahn. Don was the youngest of three children in his family of Swedish descent. Grahn means spruce tree in Swedish. Donnie was quiet as a young man but industrious and busy with projects such as building his own bicycle and motorcycle from parts.

Don came back to Roseau to purchase O.K. Machine Company, previously owned by Oscar Hetteen and Knute Grahn. Don and his brother, Jack, owned and operated O.K. Machine Company. They not only sold farm implements and parts but also owned and operated dragline, well drilling, and plumbing businesses concurrently for many years. O.K. Machine was Don’s life and he greatly valued his employees and customers. Don was handy, worked hard and could fix, build and repurpose most anything. Don served on the Roseau City Council and was president for several years. He also served on the board of directors and was president for a time of the Retail Farm Equipment Association of Minnesota and South Dakota.

Don and Shirley Hedlund married on October 31, 1960. They had three children, Kelly, Julie, and Jason and were members of the First Lutheran Church in Roseau. Don took his family hunting, snowmobiling, winter fishing, boating, water-skiing and most importantly, summer fishing! He built wooden stilts for the kids to walk on and play with and brought home big tractor tire inner tubes to jump on! He laced up his kids’ ice skates and skated with them at the Roseau Memorial Arena. Don’s words of wisdom to his children were always, “Practice your patience.” Don loved music and was a good dancer. He had a zest for life and rarely sat idol.

Don later built a home outside of Salol, MN where he enjoyed watching wildlife and especially birds. He built and groomed cross-country ski trails through his woods and greatly enjoyed skiing and spending time with his dear friend, Connie Koenig. Pheasant hunting in South Dakota with his son and implement friends was an annual trip Don looked forward to. Don always enjoyed boating and fishing on Lake of the Woods with his family and many good friends, and returned not only with fish but an abundance of entertaining fishing stories as well. He loved to watch sports on TV, especially hockey. His little dog, Jesse, a devoted Cavalier King Charles Spaniel, was at Don’s side or on his lap at all times.

Donald Knute Grahn passed away August 1, 2022 at Hillcrest Senior Living in Red Lake Falls, MN at the age of 87 years.

A special thank you to Greg Grahn, may he rest in peace, and to his family for the loving care and support they extended to Don.

May Don and all the wonderful memories he left for family and friends be blessed. 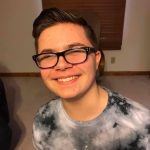 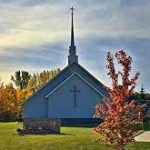