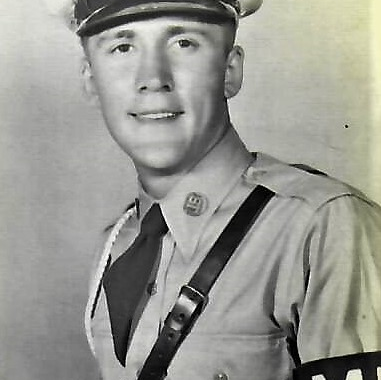 As the last fading note of “Taps” echoed off in the distance, the old soldier lifted his head to the sound of “Revelry”.  It was time to go home.

Donald A. Hueper passed away on Friday, August 21, 2020, at the Lakewood Health Center, Baudette, MN.

Don and his identical twin David, were born Feb. 10, 1934, in Mankato, MN, to Emil and Margareta “Emma” (Renkly) Hueper. The mischief those two little farm boys found in Minnesota Lake seemed to follow them throughout their lives in the stories they loved to tell. As always, Don blew the punch line of a joke or reminiscence because he loved to laugh and his listeners were laughing with him long before reaching even the middle of his story!

Don graduated from Minnesota Lake High School with fond memories of FFA and basketball. Though he farmed for a while, he enlisted in the Army to fight for his country in Korea.  Before he left the plowed prairie, he met the love of his life, Lorraine Madison on a blind date. They married May 19, 1957, after his honorable discharge from the military. After 63 years of marriage, he will be greatly missed by his wife, Lorraine, and family: daughter, Laura (Mike) Appleton, WI, and International Falls, MN; sons, Arlyn, Homer, AK; Paul (Marilyn), Homer, AK. His legacy of grandchildren include: Erik (Andrea), Portage, WI; Anders, St. Paul, MN; Peter (Rachel), Charlotte, NC; Brooke, Eugene OR; Tara, Hauser, ID; Ria, Homer AK.

His next generation is great-granddaughter Hannah. Never one to miss out on adventure, in 1965 Don moved his family to the Ash River Trail, Orr, MN, where he eventually built Voyageur Marina.  He was adept at providing for the family table with just about anything found in the woods, air, or water. His legendary passion for life would lead him to the first walleye through thin ice, tracking deer through snow, or navigating Namakan Lake in the dark. No sacrifice was too great for his children, as Don was always willing to drive up to a 100 miles a day to make sure they were able to participate in after school activities and sports. A self-taught welder, his ability to make useful items prompted much “bomb proof” teasing! Don had a heart of gold and never passed an opportunity to help his friends and family.  Don also worked in material handling at Boise Cascade, International Falls, for several years.

Though he and Lorraine lived a short while in California, Florida, and 10 trips to Alaska, Don’s heart never left the land.  They moved back to a farm in Lake of the Woods County, where they built their dream log home and rented acreage. Eventually Parkinson’s disease slowed Don down.  Arlyn left Alaska to help take care of Dad for his last seven years.  His many friends and attendees of the Pitt Community Church was another source of encouragement and love; he was also aided by VFW Post 723.

A private family funeral and military honors will be held at the Pitt Community Church, Baudette, MN, 1:00 p.m., September 1, 2020, with graveside service at Silver Creek Cemetery at 3:00 p.m. 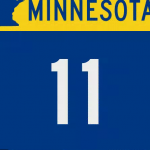 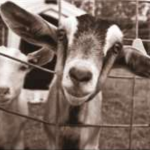