The Minnesota Department of Natural Resources removed 18 invasive carp from the Little Sioux River watershed near the Iowa border in southwestern Minnesota July 8 during a capture operation. The operation followed a report by an area fisheries biologist of fish schooling below a DNR-installed electric barrier.

DNR fisheries staff captured 12 bighead carp, five silver carp and one grass carp below the Illinois Lake electric barrier on a tributary of the Little Sioux River. The fish ranged in size from 17 inches to 35 inches.

Preemptive actions to install and monitor an electric barrier prevented these invasive carp from expanding into other waters. These steps protected nearby lake resources and helped maintain the boundary beyond which invasive carp have not been observed.

Invasive carp have been progressing upstream in the Missouri River watershed since escaping into the Mississippi River in Arkansas in the 1970s. These large fish compete with native species and pose a threat to rivers and lakes. No breeding populations have been detected in Minnesota waters. This is the second capture of invasive carp in southwestern Minnesota. In December, two silver carp were captured below the Lake Bella Dam.

These recent southwestern Minnesota captures are very likely related to the prolonged high water conditions during the summer of 2019 and spring of 2020. During high water, normally shallow streams contain enough water for fish to move upstream.

The DNR continues to be actively engaged with invasive carp prevention efforts in southwestern Minnesota.

Invasive carp captures must be reported to the DNR immediately. Take a photo and transport the carp to the nearest DNR fisheries office or make arrangements for it to be picked up by a DNR official by calling 651-587-2781 or emailing invasivecarp.dnr@state.mn.us.

More information about invasive carp is available on the DNR website. 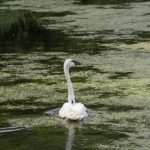 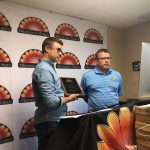