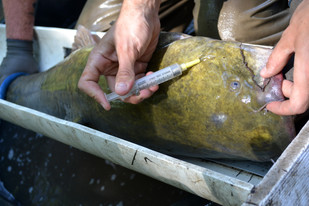 Catfish are hard fighters and catching them can be an adventure for anglers, some of whom spend evening and night hours plying major rivers with sturdy rods and reels loaded with heavy line.

A successful angler holding one of these behemoths might wonder where it’s been over its life, and the Minnesota Department of Natural Resources wants to know more, too.

Sindt and his crew typically spend several weeks each summer using hoop nets to sample the channel catfish and flathead catfish population. While the flathead tagging project is on pause during the pandemic this year, it will resume when physical distancing considerations permit, hopefully capturing data that can ensure a healthy fish population for generations to come.

Last summer, fisheries specialists pulled in 107 nets within a 70-mile stretch of the Minnesota River between Redwood Falls and New Ulm.

The three-person crew typically pulls in more than a dozen hoop nets each day, aimed at documenting the size and length of each fish in the net. For the flathead catfish, they employ the extra step of using a bright yellow scan tool to determine if the fish has a passive integrated transponder, or P.I.T. tag.

A P.I.T. tag yields a unique alphanumeric code, similar to what a veterinarian implants into a family pet. The tag allows the crew to see if the fish has been previously captured and from there, track where the fish was last captured and how much it has grown. Flathead catfish captured without a P.I.T. tag quickly get one implanted beneath the skin.

The data provided with the tag’s help is vital for better understanding the Minnesota’s flathead catfish population.

The long-term P.I.T. study began in 2016. Since fisheries crews were already using hoop nets to sample the fish population and overall health of the fishery, the added work of documenting and tagging flathead catfish provided a wealth of data for small additional cost.

That extra data gleaned from this study can help fisheries managers as they set regulations and seasons, and it can also benefit anglers, too.

“The information we learn in general about catfish movement and behavior can help anglers better understand the species and improve their techniques as anglers,” said Sindt, a Minnesota River fisheries specialist. “Flathead catfish can live to be 30 years-old and this helps us monitor their movement and growth over their life.”

Sindt noted that the fish can also tell them about the overall health of the fishery.

“Overall, fishing in the Minnesota River is great,” he said. “Despite the many changes that have impacted the river, the fish community is resilient and healthy.” 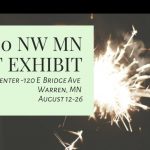 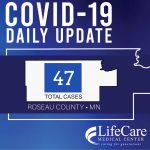