The Minnesota Department of Natural Resources will test liver and muscle samples from deer to help determine whether industrial chemicals called per- and polyfluoroalkyl substances (PFAS) are present in deer near two PFAS contaminated sites.

The DNR initiated sampling near the Duluth airport south of Rice Lake Reservoir when the archery season opened on Sept. 19, and is also making arrangements for samples to be collected in portions of the east metro area of the Twin Cities.

This will be the first time the Minnesota DNR has sampled deer for PFAS. Recent findings reported by the Wisconsin Department of Natural Resources led to a deer liver consumption advisory for deer harvested near a known PFAS site in Marinette County, due to the presence of the contaminants in some of the liver tissue collected.

The Minnesota DNR plans to collect liver and muscle tissues from a total of 60 hunter harvested deer within or near the two areas where PFAS are known to be impacting surface water: the Duluth airport and the east metro area of the Twin Cities. The DNR will reach out to hunters in these areas directly and ask them to voluntarily submit liver and muscle tissue samples from their harvested deer for testing purposes.

The DNR worked with the Minnesota Pollution Control Agency (MPCA) and Minnesota Department of Health (MDH) to select the two sites because they have known or possible PFAS exposure routes for deer and are in the proximity of planned hunts.

“We are in the early stages of testing deer in these areas of known PFAS contamination,” said Barbara Keller, DNR Big Game Program leader. “We hope to gather some baseline data to determine if PFAS are accumulating in deer in Minnesota.”

The liver filters toxins in the body, and may contain higher levels of chemicals than muscle. Until more information is available, people who are concerned with the potential for PFAS contamination in deer should consider avoiding consumption of livers from deer harvested near the Duluth airport south of Rice Lake Reservoir and the Twin Cities east metro area.

Advisories in nearby states
Michigan and Wisconsin have found elevated levels of the chemical in deer at specific sites, leading to consumption advisories.

In February 2020, the Wisconsin Department of Natural Resources tested 20 deer from a fire training center in Marinette County and detected the chemicals in the liver of all 20 deer sampled. They subsequently issued a “Do Not Eat Liver” advisory for deer harvested within 5 miles of the facility.

In October 2018, the Michigan Department of Health and Human Services issued a “Do Not Eat” advisory for deer taken within 5 miles of Wurtsmith Air Force Base.

Other samples
To broaden the study sample, the DNR may additionally test samples from deer taken during population control activities and vehicle-killed deer, potentially including deer from beyond the two focus areas near the Duluth airport and the Twin Cities east metro.

PFAS in Minnesota
The MPCA has conducted PFAS monitoring in Minnesota since 2002. The earliest area of focus was in the east metro area of the Twin Cities, where 3M manufactured PFAS and disposed of PFAS-containing wastes at multiple disposal sites, causing a widespread area of groundwater and surface water contamination. More information about this focus area and MCPA’s sampling in other areas can be found on the MPCA website.

MDH needs more information before it determines whether PFAS-related consumption advisories for deer in any areas of Minnesota are needed. The test results from hunter-harvested tissue will help inform that decision.

PFAS are human-created chemicals that have been used by industries for many purposes including repelling water and grease, reducing friction, insulating, and reducing fire risk. More information about PFAS in Minnesota can be found on the MPCA website. 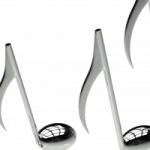 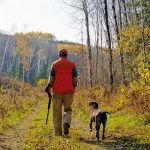