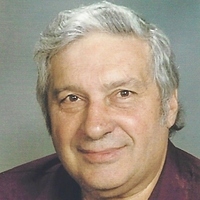 David Edward Koehmstedt, the son of the late Edward and Tillie (Hiltner) Koehmstedt, was born on Aug. 7, 1943, at Fargo, ND.  He attended school and grew to manhood at Wales, ND, and was baptized and confirmed in the Catholic faith.  David enlisted in the U.S. Army in July of 1963 and served until Sept. of 1966.  Following discharge, he returned to Wales and on Feb. 16, 1968, was united in marriage to Charlotte Long at Sisseton, SD.  Since their marriage, the couple has resided on the present farm in Marshall Co., near Strathcona, MN.  In addition too farming, David was employed at Polaris Industries at Roseau for 20 years.  He was a member of St. Josephs Catholic Church in Middle River and of the Men’s Club.  He was also a member of the Middle River American Legion Post #444, of the Legion Riders, Minnesota Patriot Guard and served as a 4-H Leader.  He had been in failing health for the past 4 years and passed away at his home under the care of family and hospice on Monday afternoon, Aug. 3, 2020, at the age of 76 years, 11 months and 26 days.

He is survived by his wife, Charlotte;  5 children: Tracey (“Punky”) Olson, of Warren, MN; David, Jr. (Stephanie), of Gray Summit, MO; Richard, of Strathcona;  Daniel (Amy), of Loveland, CO; and Kimberly of Mosinee, WI;  9 grandchildren;  13 great-grandchildren;  2 sisters: Ellen (Morgan) Huset, Grand Forks, ND and Lavonna (Jim) Bailey, Littleton, CO; and many nieces, nephews and other relatives.  He was preceded in death by his parents;, 1 sister: MaryAnn; 2 grandsons: Jeremy and Chris; and great-granddaughter: Emma.

Burial will be in Huntly Township Cemetery. 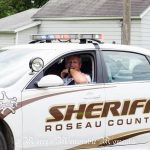 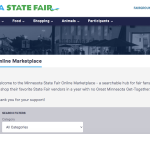