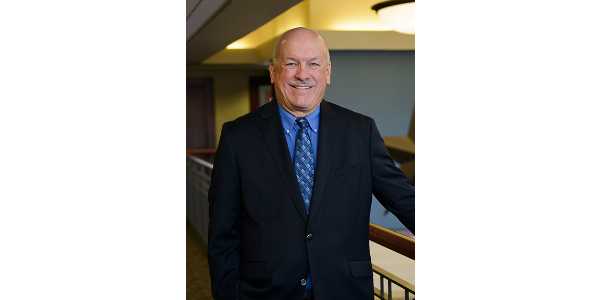 LAKE CRYSTAL, Minn. — Back in July, most crop and marketing analysts were expecting a record corn and soybean crop in the United States, as well as in many major crop producing States. However, a combination of widespread severe storms, high incidence of crop diseases, and expanding drought area during August has dimmed the hopes for record yields in many areas. The 2020 U.S. corn and soybean yields will likely exceed the 2019 final crop yields; however, the yields are not likely to be as robust as expected earlier in the growing season.

The derecho storm on August 10 that travelled over 600 miles from eastern Nebraska to Indiana, including across the entire State of Iowa caused immense crop damage, as well as damage to grain storage and handling facilities, livestock facilities, and rural building sites. A derecho storm is defined as a widespread, long-lived, straight-line windstorm, associated with a fast-moving group of severe thunderstorms. The August 10 storm featured sustained winds of 80-110 mph, with stronger gusts in some areas, as well as severe hail in some locations.

The derecho storm impacted 57 of the 99 counties in Iowa, with 36 counties receiving severe damage. It is estimated that over 3.5 million acres of corn and 2.5 million acres of soybeans in Iowa received severe damage from the storm. Some analysts estimate that the August 10 storm alone may lower the final U.S. average corn yield by as much as 4 bushels per acre. Obviously, it will be impossible to gauge the final impact from the derecho storm in Iowa and other States until after the 2020 harvest is completed.

In addition to the derecho storm on August 10, most of Iowa had very limited rainfall during the month of August, which together with higher than normal temperatures, has resulted in a rapidly expanding drought area across the State. By the end of August, nearly all of Iowa was listed as “abnormally dry”, with over 75 percent of the State listed as either in a “moderate” or “extreme” drought. In many areas of the State this is the most severe drought since 2012. Portions of several other Midwestern and Plains States also had growing areas of drought conditions by late August.

Other States had less-extreme declines than Iowa in the crop ratings from late July until the end of August. For “good-to-excellent” corn ratings, Minnesota went from 85 percent down to 79 percent, South Dakota went from 86 percent down to 74 percent, and Nebraska went from 75 percent down to 64 percent. Minnesota’s “good-to-excellent” soybean rating also declined from 85 percent in July down to 80 percent by late August, which is still very good compared to recent years. The late season dry weather conditions are also impacting crop conditions in these States, including in portions of Southern and West Central Minnesota.

The August 12 USDA Crop Report estimated the national average corn yield for 2020 at the record level of 181.3 bushels per acre, with the 2020 total U.S. corn production at 15.3 billion bushels. The USDA estimates were completed as of August 1, which was prior to the derecho storm or the impacts of the expanding drought conditions in late August. It will be interesting how much adjustment that USDA will make in the national corn yield and production estimates in their future reports. Private analysts are now estimating the U.S. national average corn yield in a range of 176 to 179 bushels per acre, with a total production of 14.7 to 15 billion bushels.

The USDA Report on August 12 estimated the 2020 U.S. average soybean yield at the record level of 53.3 bushels per acre and the total 2020 U.S. soybean production at 4.42 billion bushels. Once again, USDA will likely lower both the projected U.S. average yield and the total U.S. production in future reports, due the declining crop conditions in Iowa and other States. The estimates of private analysts now put the U.S. average soybean yield in a range of 51 to 53 bushels per acre, with total production ranging from 4.2 to 4.4 billion bushels.

One of the biggest challenges with the corn crop in Minnesota and other Northern Corn Belt States is usually getting the crop mature before the first killing frost. Average first frost dates range from around September 20 in the northern areas of the region to around October 10-15 in Southern Minnesota and Northern Iowa. The good news is that crop development in most areas of the region are much more advanced in 2020, as compared to a normal year. The accumulation of growing degree units (GDU’s)  since May 1 has been running 5-10 percent above normal at most locations, which together with the very dry weather conditions in August in many areas, has greatly enhanced late-season crop development.

Corn is considered to have reached physiological maturity once it is in the “black layer” stage. Much of the 2020 corn crop is likely to reach this stage by mid-September, which should greatly reduce any concern for an early frost this year. Once the corn reaches maturity, favorable early Fall weather can greatly assist with natural dry-down of the corn in the field, which can reduce corn drying costs and enhance corn quality. 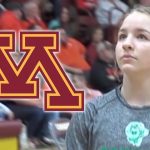 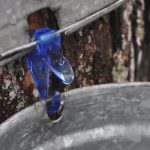 Next Story:
$6.5M to strengthen markets for U.S. agricultural products