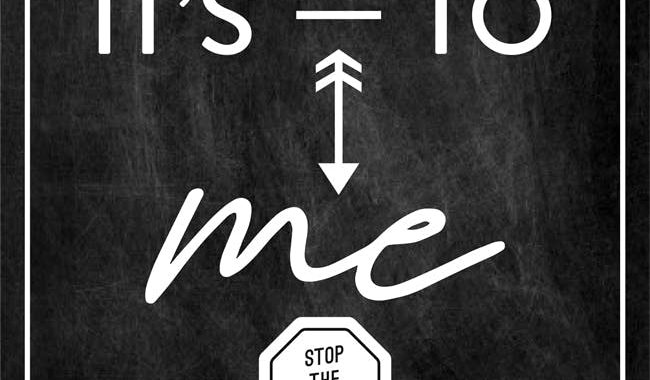 “People really got, for lack of a better word, jaded as far as this being a real perceived threat,” she said. “And even the compliance right away with masking, there wasn’t a perceived threat of illness coming to them anytime soon, because nobody they knew had it.”

That complacency caused people to ignore masking and social distancing not just in Roseau County, but across northwest Minnesota according to Grafstrom.

Now with things changing fast and COVID-19 cases growing rapidly, the emergency manager sent out a Code Red alert last week to about 8,000 residents, much like she would for a tornado or flood.

And this week the county starts a COVID-19 awareness campaign on social media, in newspapers and on radio.

Five-term Republican state Rep. Dan Fabian is the face of the campaign. He’s retiring from the Legislature in January and taking over as mayor of Roseau.

His message to local residents is they need to take the virus seriously to protect each other, vital public services and the manufacturing dependent economy of the northern Minnesota county.

“It’s up to me, it’s up to you, it’s up to us to help keep everyone safe,” Fabian says in a broadcast PSA that will run on local radio stations. “Let’s keep our guard up, let’s do the right thing, and keep our county safe.”

COVID-19 cases didn’t reach 100 in Roseau County until September. Now they are approaching 1,000.

“Actually Roseau County has at any one time, half of its snowplow crew home and on call. Because if we were to get a blizzard, and we had no snowplow operators, clearly that would be a problem,” said Swanson. “If your ambulance crews, if your volunteer fire departments don’t have enough people to respond, then there won’t be a response.”

And Swanson wants local residents to think about the impact of doing nothing.

“If you want Polaris and Marvin to stay open, if you want schools to remain open, if you want winter sports to resume sometime in December, then you need to mask and socially distance,” said Swanson. “If you don’t care about any of that stuff, then do what you’re going to do. But the reality is that what you do affects other people.”

What worries Grafstrom is the impact beyond schools and the economy. She said while the local hospital has adequate staffing, the entire area relies on larger regional hospitals in Bemidji, Minn., and Grand Forks or Fargo, N.D., to handle serious cases, and on any given day they are at or near capacity. Grafstrom said the region is on the verge of a crisis.

“If we start losing lives because we have to ration health care, that’s what we’re up against right now. And if we don’t get a handle on mitigating the spread of it throughout the community, and throughout the state and eastern North Dakota, then those are the types of repercussions we’re going to see,” she said.

While she is seeing a few more people wear masks, and some business owners are acknowledging the threat posed by the pandemic, there are still too many group gatherings and too many people who reject all mitigation measures, Grafstrom said.

Commissioner Swanson is looking with some dread at models that show the virus peaking in Roseau County in about three weeks.

“By mid-December, we could have 10 percent of the county’s population having been a confirmed COVID case. So yeah, it’s frightening because then Christmas follows that. And winter doesn’t go away very quickly, so we won’t be outside anytime soon,” he said. “So it’s terribly concerning. There’s a frightening prospect for the winter, no question about it.”

Swanson is hoping the public campaign will help slow the exponential growth of cases by convincing enough people to put the interest of their community before their own beliefs.

“I would personally be devastated if I was the person that passed COVID on to somebody who then got extremely sick or even worse, somebody that died. That would be very difficult to live with,” he said. 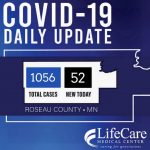 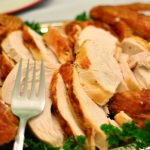 Next Story:
From the farm to the feast