Lake, Local News, WiLD 102CLEAN UP ACTIVITIES AROUND LAKE OF THE WOODS A HUGE SUCCESS 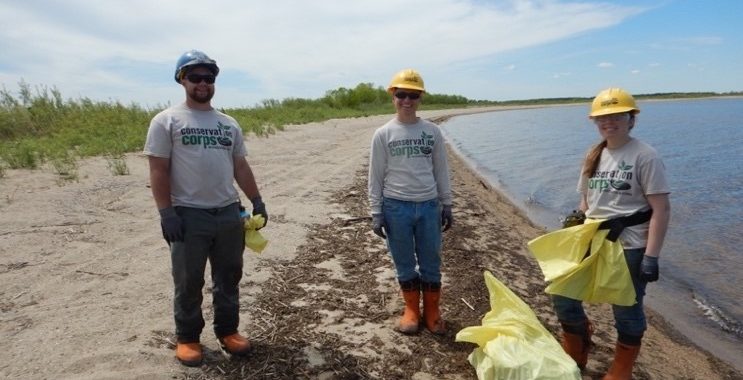 CLEAN UP ACTIVITIES AROUND LAKE OF THE WOODS A HUGE SUCCESS

Keep It Clean was created to protect, maintain and promote cleanliness for the beautiful landscape, water resources and shorelines of Lake of the Woods as a special place for everyone to visit and enjoy.

Everyone benefits from garbage first off, not entering the environment.  With Lake of the Woods receiving a lot of traffic, inherintly, it will be the recipient of trash.  Removing this trash during this annual event not only physically removes a lot of trash but also brings to light the topic which in turn helps everyone to be more diligent in keeping Lake of the Woods, and of course their own environments, clean.

As mentioned, this year’s clean up event was a huge success.  Please read the 2020 Litter Removal Report below.

This report documents the 2020 shoreline cleanup conducted by of the Lake of the Woods Soil and Water Conservation District (LOW SWCD) with an abundance of help from the Conservation Corp (CC) Crew of MN and IA. This is the 8th consecutive year the LOW SWCD has hosted a crew. The shoreline cleanup is just one of several efforts of the Keep it Clean Campaign, that focuses on reducing garbage littered on Lake of the Woods during both the summer vacation and winter fishing seasons. A total of 81 bags of garbage were removed from 10.5 miles of shoreline. The CC crew arrived on the afternoon of Monday, June 1st, and began collecting garbage along the shorelines of Baudette Bay. About one mile of shoreline was picked. The group split up and while some members walked the shoreline, others paddled two canoes to fill and carry the 11 bags of trash collected. Most of the garbage that was picked up consisted of beverage cans and bottles. Three large plastic barrels were also collected.

Later that same day, the crew picked up two bags of garbage over the approximately 600 feet of shoreline at Wheeler’s Point Public Access. A notable find was a depth finder used for fishing.

Morris Point SNA was the first site visited on Tuesday. The shoreline is two-thirds of a mile long and at total of 11 bag

Photo 2. The 2020 LOW SWCD apprentice posing with the second days haul. A total of 28 bags of garbage and 40 pieces of treated wood.

s of garbage were collected, most of it being treated wood pieces and large styrofoam pieces from ice houses and single-use coolers.

At Four Mile Bay WMA and some adjacent private land, 11 bags of garbage consisting mostly of plastic beverage bottles were collected over the 1.7 miles of shoreline. A car tire, and numerous pieces of treated wood were also picked up. Two iron barrels were left on the shoreline because of their weight. Prosper WMA was the final site picked this day. Over the 2.8 mile long shoreline, seven bags of garbage, many pieces of treated wood, Styrofoam, a plastic bucket, and a life jacket were picked up.

On the morning of June 3rd, Zippel Bay State Park was the first site visited. Seven bags of garbage and many wood pieces were collected along the 1.7 miles of shoreline. The site was thought to be considerably clean site for the amount of traffic it receives, but the shoreline also could have been cleaned up by others already.

The shoreline picked at the Rocky Point WMA was 2.8 miles long. Collected were 15 bags of garbage, probably two dozen pieces of treated wood, and two tires. An interesting find here was approximately 50 expelled shotgun shells. There were two accesses at this location: one at the western edge of the shoreline, and one access to the east. The crew split up and both groups walked east along the shoreline. The group that had taken the western side encountered a newly formed water channel, likely a result of the high- water levels last fall. This channel was impassable without wading through several feet of water and the group used pieces of driftwood to cross.

Half of the group made it across dry, but the other half did not. The two groups rendezvoused at the eastern access and made several trips with the 4×4 to haul garbage out.

This was the final site picked on June 3rd. Collected items included: 14 bags of trash, a plastic pallet, a pull-out couch mattress, a fishing rod, many pieces of treated wood, and two unsalvageable tree cages. The mattress that was removed from the water and hauled off, came from a couch located on the beach. The couch was left behind beca

use of limited space in the truck bed.

The Boy Scout Park was picked up by the Conservation Corp Crew without the assistance of the LOW SWCD. Over the quarter mile of shoreline, the crew collected three bags of garbage.

Approximately 10.5 miles of shoreline were covered in the 2020 Cleanup. With the ongoing COVID-19 situation, distancing requirements made it impractical to access and clean up the shoreline of Pine Island. Even with the loss of these four miles of shoreline, a comparable number of bags to previous years were filled. This has been attributed to the ability to access areas that are not accessible, except under lower water level conditions like those experienced this year. (See Figure 1. 2020 Water Level Graph).

The loss of the Pine Island site also dramatically increased the density (bags/mile) of garbage collected. The crew gathered 81 bags of garbage, mostly comprised of beverage containers, styrofoam pieces from ice houses and coolers, and many dozens of pieces green-treated wood. Other notable finds include three tires, two dozen or so fishing lures, several plastic buckets, a life jacket, a depth finder, a pull-out couch mattress, and a plastic pallet. Figure 1. The water level for the 2020 Cleanup was about 0.6 ft lower than water level of the previous Spring. This allowed the crew to pick more shoreline area per site. Graph provided by Lake of the Woods Control Board (LWCB). The SWCD would like to thank the Conservation Corp Crew for their hard work, the landowners who provided access to property adjacent of cleanup sites, and all others who helped make this year’s cleanup possible. This help and access proved invaluable and resulted in a successful event. This project was made possible by Minnesota’s Clean Water, Land and Legacy Amendment. A portion of these funds are dedicated to the Clean Water Fund, to protect, enhance, and restore water quality in lakes, rivers, streams, and groundwater. 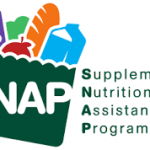 Previous Story:
About 20,000 SNAP and cash assistance recipients must renew... 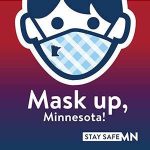