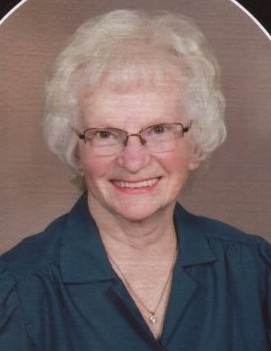 Memorial services for Alvina Lundsten of Williams, MN will be held Saturday, July 11th at 3:00 PM at the Williams City Park.  She passed away on April 6, 2020 at the LakeWood Health Center at the age of 81.

Alvina Edith Lundsten, passed away the morning of April 6, 2020. The second of nine children, she was born in Douglas County, Minnesota on January 17, 1939, to Emil and Edith (Blank) Pomerenke and was raised in the farming life.

Alvina experienced the death of her mother at an early age and for a few years she lived in many different homes/places. She was always thankful for those that helped care for her and how they influenced her life. She graduated from Parkers Prairie High School in 1956 followed by business school in the Twin Cities. She then worked as a secretary in downtown Minneapolis.  It was there she met Chester Lundsten and they married on July 1,1962. They lived in Minneapolis and then in the Bemidji and Walker area. In 1970 they moved to Chet’s hometown of Williams, MN where Alvina lived the remainder of her life. Alvina’s faith in God guided her life. She raised four children, enduring a courageous legal confrontation to establish the right to homeschool in 1979-80. She then homeschooled their children for the next 19 years. She was so great at spending time with her own children and also the many children she welcomed into her home over the years. Whether it was having them doing everyday things alongside her, working outside, or playing a game of cards, she gave those around her so much of her time and attention. Alvina was organized, prepared, firm but gentle, with a playful sense of humor. Alvina engaged in a variety of church and community activities. She was a member of Bethany Lutheran Church where she was a Sunday School Superintendent, taught classes and later prepared the weekly bulletin. She was the local librarian for 29 years and spent over 30 years as a volunteer and concession manager at the Williams ice skating arena. She helped with and coordinated volunteers for local events: Potato Day and Back Home Days; served on the Lake of the Woods School Board; assisted with Boy/Girl Scouts; was a Thrivent Financial director, and worked a few years as deputy city clerk. Alvina was an avid reader and liked writing letters to family and friends; she was known for her informative and fascinating letters. She liked watching horse races and rodeos, and maintained a keen interest in politics. Alvina especially enjoyed being Grandma/Nana to her granddaughters Molly and Maggie. She also enjoyed outdoor activities, flower gardening, and star gazing. In days past, Chet and Alvina were a sight to see whirling around the dance floor! She ice skated into her 70’s, and to the end helped shovel snow and load and stack firewood. 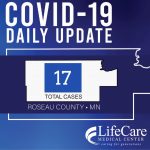 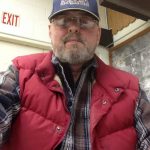