Farm, Local News, WiLD 102A Weekly Update From Your Friends at the Red River Farm Network

Shining a Light on our Young Leaders – For 4-H and FFA members, the state fair is a rite of passage. It is often a milestone in a young person’s life. With the cancelation of the North Dakota and Minnesota State Fairs, these students are missing the opportunity to show their animal or project this year. The Red River Farm Network is shining a light and celebrating the tremendous youth in 4-H and FFA. Beginning this week and continuing through the summer, the RRFN Parade of Champions will highlight our next generation. You’ll find those stories in this e-publication, on the radio and in social media.
Acreage Report Surprised the Market – In the June acreage report, USDA estimated corn planted area at 92 million acres, up three percent from last year. That’s also five million acres below the USDA’s March estimate of 97 million acres of corn. Soybean acreage is estimated at 83.8 million acres, up ten percent from last year.

Pioneer Agronomy Update – Good subsoil moisture and heat is pushing the corn near Hillsboro, North Dakota. The crop is reaching the stage where it’s using extra nitrogen. “The V8 to V12 stage is really the high use nitrogen zone,” said Jesse Moch, field agronomist, Pioneer Seeds. “The plants are moving along, using nitrogen and picking up nutrients. The fields are green and the early corn is about ten days from tasseling.” The crop in northeastern North Dakota is about 100 growing degree units (GDUs) ahead of average. “Everybody got gun shy on hybrid maturities coming out of 2019. We got so far behind on GDUs and many farmers stuck with their maturities,” said Moch. “I think in this type of year it will pay off because looking at the three-month forecast. :ooking at what we have in the 15 day forecast, we should reach corn maturity early.” Watch the latest Pioneer Agronomy Update on Facebook and listen to the story.

Weather Driving the Corn Markets – The weather forecasts will drive the corn market through pollination. “There’s pockets of dryness in Minnesota, but for the most part, pretty ideal conditions there. South Dakota is half and half and Nebraska is dry, but land is irrigated,” said Kristi Van Ahn, market analyst, Van Ahn and Company. “We’ll reach the point of pollination quickly and right now, we’re looking at extremely hot and dry conditions across the board.” USDA also shocked the market with much lower corn acreage than expected, which is leading to a lot of questions for the markets. “The USDA came in with an acre number on corn that was below the lowest estimate by more than one million acres. No one was forecasting that or that the acres disappeared. That’s one thing people are questioning the USDA on right now.”
What’s Hot, What’s Not in the Markets? – The stock market is hot. The weather is also a hot story for the grain trade. Find out more in this week’s edition of What’s Hot, What’s Not in the Markets featuring Tommy Grisafi from Advance Trading.
A Wheat Market Weather Story – Northern Crops Marketing and Investments President Brad Paulson says the recent rains across North Dakota pressured the spring wheat market. “The rain took the wind out of the sails and there’s more rain in the forecast,” says Paulson. “Then again, I don’t think the trade realizes for many farmers the rain in western North Dakota was too little too late. Some farmers didn’t get any rain.” Paulson says wheat production concerns are popping up around the world. “One-third of Australia is dry and Argentina is way too dry. The Russia and Ukraine areas are dry as well. There are other issues to talk about, too.”

Crop Watch – The crops east of Moorhead, Minnesota are growing quickly. “I’m pretty pleased,” said Michael Cook, seedsman, Row Crop Solutions. “The corn is waist high, lush green and the stands are good. The soybeans look alright as farmers finish up spraying.” Cook is monitoring root development, stand and plant health. “I haven’t found too many issues.” Near Lake Park, West Central Ag Services location manager Luke Langerud said the area crops are doing well. “The soybeans are starting to get legs underneath of them, the corn is growing and wheat is heading out nicely.” There are no major concerns for the crop at this time. Sugarbeets vary across the Red River Valley. “We started out with challenges,” said Nick Revier, regional sales manager, SESVanderHave. “The northern Red River Valley got in earlier and the Moorhead district got the crop in earlier, too. The center of the Red River Valley struggled with last year and planting dates were later than farmers wanted.” Recent heat and moisture will cause some disease issues. “With this extreme heat, the ground will start heating up and we’ll start looking for root rot issues. Rows are getting close to canopy and we’ll watch cercospora leaf spot as well.” Hear the latest Crop Watch. 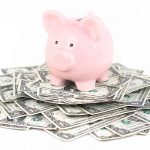 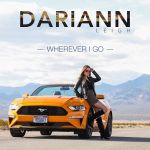