It’s a fishing tournament dreams are made of.  The MN Tournament Trail once again hosted the MTT championship on Lake of the Woods September 17 and 18.  This is a tournament anglers have to qualify for by either fishing at least 4 one day tournaments and a two day tournament or finish in the top 75 for the overall regular season points to qualify.  The grand prize was a Skeeter WX1910 boat package powered by a 200 Yamaha SHO Outboard.  The competition amongst this talented group of walleye anglers was friendly but fierce. The MTT followed the PRT format this year, otherwise know as the Photo Release Tournament.  This style of tournament allows anglers to catch fish, photograph them and then release them.  This allows credit for walleyes in the protected slot of 19.5 – 28″ which in traditional tournaments where fish are brought to the weigh ins, would not count as they cannot be kept.  Fish that would normally be released get measured, photographed and the anglers turn in their official tournament ruler (bump board), SD Card with the fish pics, and their score card at the end of the day for credit.

When the dust settled after two days of the MTT championship, the team of John Dickelman and Heather North took the championship honors with a two day total with 10 walleyes of 80.99 lbs.  Second place was Eric Nesius and Mike Christensen with a weight of 74.92 lbs.  Third place honors went to Jack and Carmen Bradach with a two day total of 74.75 lbs.

The MTT Championship is a tournament that dreams are made of.  For some, the tournament was a disappointment of not finishing as well as they would have liked.  For others, it is a memory burned into their fishing fiber for the rest of their lives.  For everyone, it is the competition against a super talented group of anglers who compete hard but overall have a strong mutual respect for each other and the passion they have in common.

The 2021 MN Tournament Trail tentative schedule is out.  All are welcome to compete, whether it is one tournament or fishing the circuit and having the chance to bring home a new Skeeter / Yamaha package.  Congratulations to the top teams.  Thank you to all. 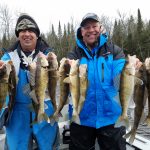 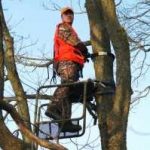