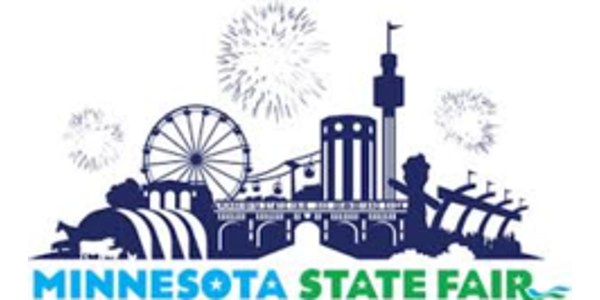 ST. PAUL — Despite cancellation of the 2020 Minnesota State Fair, the Great Minnesota Get-Together remains committed to connect and celebrate with all Minnesotans and fair fans everywhere.

“Our mission is to bring millions of people together, and that couldn’t happen this year,” said State Fair General Manager Jerry Hammer. “We’re reaching out in new ways to keep the State Fair spirit alive, and working hard to keep our operation intact for the future of the fair. It’s been a challenging year so far, but also a rewarding experience that ultimately strengthens the fair. Look for more from the State Fair real soon.”

The 2020 Fine Arts Exhibition of Minnesota show went on, both in-person and virtually from Aug. 27 through Labor Day, Sept. 7, and featured works by 346 artists from across the state selected through an online juried competition. In a sold-out event, 3,600 fair guests viewed the exhibition up-close during special in-person gallery showings in the Fine Arts Center with current health and safety precautions in place. The exhibition can be seen via a video-recorded tour and online catalog: https://www.mnstatefair.org/competitions/fine-arts/. The 2020 People’s Choice Award – Adults’ Choice went to “Canis Lupus,” watercolor and archival ink by Erik Fremsted of Victoria, Minn. Dan John Foley of Plymouth, Minn., won the Kids’ Choice Award for “Henry,” a digital print.

During what would have been the 12 days of the fair, fans were able to bring the fair home with the Minnesota State Fair: At-Home Edition. Appearing on the fair’s website and social media channels were daily fair fun facts, memories, demonstrations and entertainment, history tidbits, creative contests, behind-the-scenes peeks, photos, videos and activities. In addition to the At-Home Edition, fans could purchase merchandise including T-shirts, buttons, mugs, magnets, water bottles, face coverings and more to commemorate 2020. Two specially designed kits (State Fair Party In-A-Box and Crop Art to Go kit) were created and quickly sold out. Information about merchandise that is available for sale can be found at: https://www.mnstatefair.org/general-info/other-shopping-opportunities/

The Minnesota State Fair Online Marketplace was created as a searchable hub to help fair fans support their favorite State Fair merchandise vendors and discover new shopping surprises. The marketplace features more than 270 vendors, many of them offering State Fair deals and special merchandise, and it is available through Dec. 31, 2020. The link is: https://www.mnstatefair.org/fair-finder/shops/

Brenna Connelly of Byron, Minn., representing Olmsted County, was crowned the 67th Princess Kay of the Milky Way and will serve as the official goodwill ambassador throughout the year for nearly 3,000 Minnesota dairy farm families. Connelly was crowned on Wednesday, Aug. 12 at the annual coronation event that was live streamed on the Princess Kay Facebook page. The tradition of having her likeness and the other nine finalists sculpted in a

90-pound block of butter continued in the Dairy Building on the fairgrounds with live updates streamed on Facebook and included opportunities to virtually ask questions and interact with Princess Kay and the finalists.

In collaboration with State Fair vendors and Minnesota breweries and cideries, seven specialty brews and beverages (typically only available during the 12 days of the fair) were offered to fair fans throughout the months of August and September. To complement any summer get-together, the fair made the iconic State Fair cups available for purchase and sold nearly 220,000 cups to fair fans.

The fair’s grand finale of the fair season was the Minnesota State Fair Food Parade hosted on the fairgrounds over 13 days. Dates included Aug. 20-23, 27-30 and Sept. 3-7. The event sold out quickly with 19,000 vehicles making their way along the 1.5-mile route through the historic fairgrounds. The Food Parade was a drive-thru experience featuring 16 vendors and the opportunity to get a State Fair food fix, all while supporting the Great Minnesota

Get-Together. All food service was conducted at vehicle windows following current health and safety protocols. More information can be found at: https://mnstatefair.org/food-parade-2020/

As part of the Food Parade, the fair partnered with Cub to benefit Second Harvest Heartland by collecting food donations. Over the 13 days of the event, six truck loads were filled with 57,000 pounds of food/product collected in the Midway Welcome Lot sponsored by Allina Health | Aetna.

Fun stats from the 13 days of the parade include:

Looking ahead, pre-fair discount admission tickets are currently on sale for the 2021 Great Minnesota Get-Together. Tickets to all previously announced Grandstand shows are also on sale. Visit mnstatefair.org for more information.

The Minnesota State Fair is one of the largest and best-attended expositions in the world, attracting more than 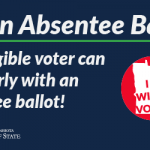 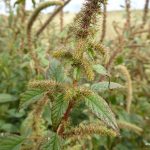