THE POST-CHRISTMAS WINTER STORM DROPPED 8 INCHES OF SNOW IN GRAND FORKS, WHILE AREAS OF MINNESOTA AROUND BRAINERD REPORTED UP TO 16 INCHES, WITH THE NUMBERS A BIT MORE MODEST OF YOU CREEP FURTHER NORTH. BUT THERE IS MORE SNOW EXPECTED TODAY AND IN THE OVERNIGHT, WITH TEMPERATURES THAT WILL THEN REMAIN BELOW ZERO FOR MULTIPLE DAYS.

DNR OFFICIALS HAVE MOSTLY TURNED THEIR ATTENTION TO ICE FISHING AND SNOWMOBILING. FISHING SUCCESS HAS BEEN FAIR ON LAKE OF THE WOODS ACCORDING TO CONSERVATION OFFICER BEN HUENER. ICE AROUND SPRINGSTEEL IS SMOOTH, BUT VARIES GREATLY IN THICKNESS, BETWEEN 6 AND 13 INCHES.

A MEMORIAL SERVICE FOR BETTY JOHNSON OF WARROAD WILL BE HELD TOMORROW (1 PM) AT HELGESON FUNERAL HOME IN WARROAD. INTERMENT WILL BE AT BETHESDA CEMETERY IN STRANDQUIST AT A LATER DATE. BETTY JOHNSON WAS 75.

A MEMORIAL SERVICE FOR RAYMOND JOSEPH GEFROH OF WARROAD WILL BE HELD MONDAY, JANUARY 3RD (10 AM) AT ST. MARY’S CATHOLIC CHURCH, WITH VISITATION ONE HOUR PRIOR. RAY PASSED AWAY PEACEFULLY AT LIFECARE MEDICAL CENTER ON DECEMBER 17TH. HE WAS 82.

FOR YEARS, THERE HAS A BEEN A DECLINE IN THE NUMBER OF TEENAGERS ENTERING THE WORKFORCE, BUT THAT SEEMS TO BE TURNING THIS YEAR. THE THIRD QUARTER OF 2021 SAW A 32.5% EMPLOYMENT RATE, THE HIGHEST SINCE 2011. THINGS SUCH AS DISTANCE LEARNING, THE DANGERS OF COVID-19 BEING LESS FOR YOUNG PEOPLE, AND THE INCREASE IN STARTING WAGES FOR ENTRY LEVEL POSITIONS ARE ALL LIKELY PLAYING A FACTOR.

A NEW STUDY SHOWS THAT FROM 2018 TO 2020, ROUGHLY 393,000 MINNESOTANS ANNUALLY WERE FOOD INSECURE, MEANING THEY WERE UNABLE TO CONSISTENTLY AFFORD AN ADEQUATE FOOD SUPPLY. THAT NUMBER ALSO INCLUDED 1 IN EVERY 10 CHILDREN. FEDERAL SPENDING ON VARIOUS ASSISTANCE PROGRAMS THROUGH THE PANDEMIC HELPED TO DROP THAT NUMBER BY 73%.

Authorities say one man died when a vehicle went through the ice on Lake Bemidji in northwestern Minnesota. Rescue personnel who responded to a call about 5:30 p.m. on Friday found that a woman was able to get out of the water on her own and was transported to a local hospital. A man was pulled out of the vehicle by a Bemidji firefighter wearing a cold water immersion suit. He was eventually transported to a Fargo, North Dakota hospital, where he died. Authorities say the vehicle was found in 8 to 10 feet of water in an area near Bemidji State University. Deputies estimate that the ice was 4- to 5-feet thick.

Three police officers are recovering from injuries they suffered trying to stop a stolen vehicle on Christmas night. WCCO-TV reports the officers were tracking the vehicle using GPS on Saturday evening. They stopped the car in south-central Minneapolis around 8:15 p.m. One officer approached the driver’s window. Another approached the passenger side. The driver suddenly threw the vehicle into reverse and crashed into the officers’ squad car.

A Minnesota appellate court has affirmed that a wilderness advocacy group has standing to challenge state rules on copper mine sites. The Minnesota Appeals Court’s ruling Monday means that Northeastern Minnesotans for Wilderness’ lawsuit can continue. The group filed the action in June 2020 arguing the 29-year-old siting rules should prohibit copper mining along waters that flow directly into the Boundary Waters Canoe Area Wilderness. The group fears run-off from a proposed Twin Metals Minnesota copper-nickel mine in the Rainy River Headwaters would flow into the Boundary Waters. 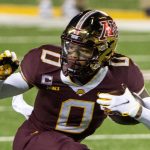